Iranian Steel industry in past year 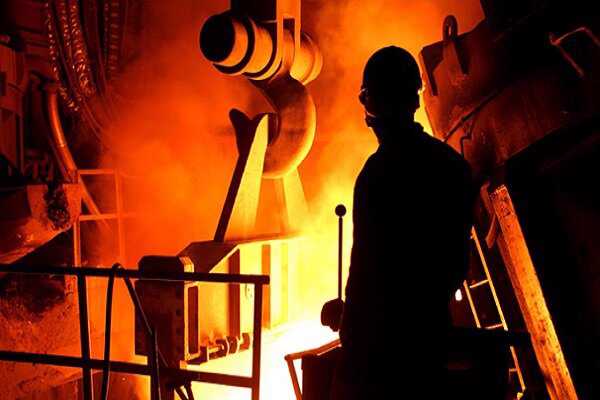 Iran could manage to become the fifth largest producer of refractory steel parts in the world after the United States, Japan, India and China. 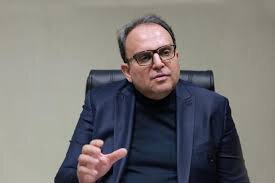 Please give us some data about Iran’s international rank of producing steel.

Where does Iranian steel industry stand in the region?

According to data by ISA, in 2019, Iran ranked 10th among world producing steel countries, this is while Iran’s rank was 14th back in 2016.

Actually, Iran is the biggest steel producer in the region.

According to its steel comprehensive plan, the country is planning to produce up to 55 million tons of crude steel by 2025.

Some neighboring countries also plan to produce some quantities of crude steel up to vision 2030 and 2040.

Saudi Arabia, Oman and Qatar are among the ones intended to increase production level but none of them can beat Iran’s 55-million-ton target, which is really a big quantity.

Q: How do you assess Iranian steel industry under US sanctions? Iran has been under tremendous sanctions.

The first round of US sanctions was imposed on August 6, 2018, the second round came on November 4, in the same year.

Sanctions got tougher gradually in 2019, i.e.

some amendments were made in the sanctions and new Iranian companies were enlisted.

On January 20, 2020 the final list of the sanctioned Iranian companies was released.

In a one and half year period, Iranian steel sector gone under sanctions.

Sanctions have not only been imposed on steel production but on our trade with the world, while Iran looks forward to increase exports, in particular after the decrease in its oil exports due to the sanctions.

In addition, on November 4, 2018, Iranian shipping lines and insurance companies were also sanctioned, creating a serious problem for the country’s trade.

However, Iranian steel producers have learnt how to cope with the sanctions.

They have applied several methods in this regard, in a way that Iran’s steel products exports increased in comparison with the preceding year.

This proves that despite US-led sanctions, Iran’s exports of steel products could register a remarkable growth.

How significant is its role compared to other Iranian sectors such as petrochemicals? Frankly speaking, when speak of total non-oil exports of Iran, we find steel and mining products occupying the second rank.

The first rank goes to oil and petrochemicals.

Steel and mining products exports stand above $10 billion per year.

We can assess that even under US sanctions, the sector is working properly.

Despite some restrictions created by sanctions which makes imports of some specific raw materials for steel production difficult, the sector can gain a good score even in 2020 for its operation.

How about the investments? Are foreign investors active in this sector? Unfortunately, within the past two recent years, sanctions have impeded Direct Foreign Investments (FDI) in Iranian steel sector.

Investors have preferred to postpone making their investments in Iran.

In addition, the recent FATF’s decision to blacklist Iran, has made the conditions more complicated for the investors.

Who were and are the customers of Iranian steel? ASEAN countries i.e.

Malaysia, Singapore, Myanmar, Taiwan, Thailand, Philippine and even Indonesia; which is not an ASEAN country, are the main destination for Iran’s exports of steel products.

In general, far east Asian countries are the main importer from Iran.

Before that, European countries were among our customers but in October 2017, EUROFER (the Steel Association of Europe) imposed some imports duties on hot-rolled coil (HRC) of five companies of four countries including Iran, Russia, Ukraine and Brazil.

From among the enlisted companies was Iran’s Mobarakeh Steel Complex (MSC), which was exporting regularly HRC to the European market.

Due to anti-dumping regulations, in October 2017, they imposed some import duties from €20 to €40, varying form country to country and company to company.

For Mobarakeh complex, as far as I can remember, the imposed duty hovered around €25 to €30.

From the time on, Mobarakeh’s exports to Europe was halted and Iran lost the European market.

In fourth quarter of 2017 and first half of 2018, we (by other company named ESCO) could manage to have some small levels of exports to Europe, including the UK Can you make a comparison between production level and capacity of Iran? Iran is scheduled to increase capacity and production level up to above 55 million tons per annum by 2025.

But there are some disputes in regard for when we are talking about the capacity of producing of 55 million tons, the real production level would stand 10 to 15 percent less than the announced figure.

I presume that hitting the set 55 million tons target for capacity would be enough not to face shortage of raw materials or up-stream products.

If we produce 55 million tons crude steel in 2025, we have to export almost 20 million of it and finding such a market for our products would be really difficult.

Therefore, focusing on increasing the capacity instead of actual production up to such a figure would be a better option for Iran, in my view.

What is the industry's main challenge? Is it able to survive if the tough sanctions go on for years? Sanctions are, of course, the main challenge for Iranian steel sector.

As far as I am informed, all the Iranian companies in this sector, those active in upstream, mid-stream and down-stream sectors, have prepared themselves to remain under the tough sanctions for more years in future.

They are not waiting for the sanctions to be removed but have planned to survive.

How has the coronavirus outbreak hit international and Iranian steel industry? As far as COVID-19 disease is concerned, it has impacted all businesses worldwide including steel industries.

China as the major steel producer in the world consumes the most of its production domestically.

But we have seen that the spread of this virus before China Spring Festival Holiday made a big part of Chinese steel industrialists reduce or stop production due to low demand in domestic market as well as the quarantine of 36 percent of Chinese immigrant workers.

So far, most of the infrastructure projects in China have been cancelled or stopped.

All together, Q1 for steel industry worldwide has not been good and most of the market analysts, including me, believe that in Q2, the steel market will also remain slow.

From Q2 onward, the market is expected to have a chance of revival.

Iranian steel sector has also been affected exactly in the same way as those of China and other world markets.

When the market is slow, obviously exporting any commodities including steel would be difficult.

I believe Iranian steel producers should be patient and follow up the market and keep presence in overseas market, even when the international market is dropping.

Regarding Iran’s domestic steel market, I should say that it’s better than foreign markets suffering less from the side effects of coronavirus outbreak.