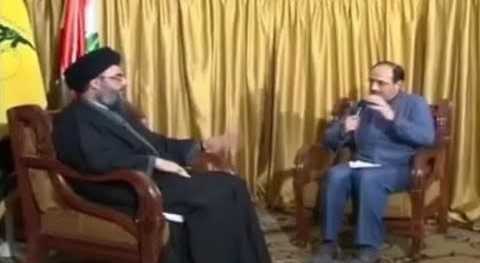 On the ninth day of Israeli war on Lebanon in 2006, the Israeli enemy realized that the air force could not have the final say in the battle.

However, Resistance fighters were fully prepared to turn the southern towns of Lebanon into a graveyard for the invaders.

Heroic confrontations took place in two fronts: Maroun Al-Ras near the Israeli so-called settlement of Avivim and the other at the triangle of Zareet-Marwaheen-Ramieh.

More than a dozens of Israeli soldiers were killed or injured as Hezbollah adopted the tactics of guerrilla warfare.

Several Merkava tanks were destroyed and a helicopter was downed in the clashes as well.

Meanwhile, the Resistance fighters kept the momentum of rockets launched at the occupied territories of Safad, Haifa, Taberias.

The Israeli enemy, on that day, went ahead with its aggression, with the number of air strikes that hit southern areas, Beirut southern suburb (Dahiyeh) and Bekaaist towns reached at least 80, as announced by occupation army.

Thursday, July 20 of 2006 also witnessed the evacuation of foreign nationals from ports of Dbaieyh and Tyre.

Hezbollah Secretary General Sayyed Hasan Nasrallah appeared in an interview with Al-Jazeera in that day and announced his well-known stance: “Had the whole world ganged up on, the two Israeli soldiers won’t return but through a swap deal.”