'Night of the beating': details emerge of Riyadh Ritz-Carlton purge 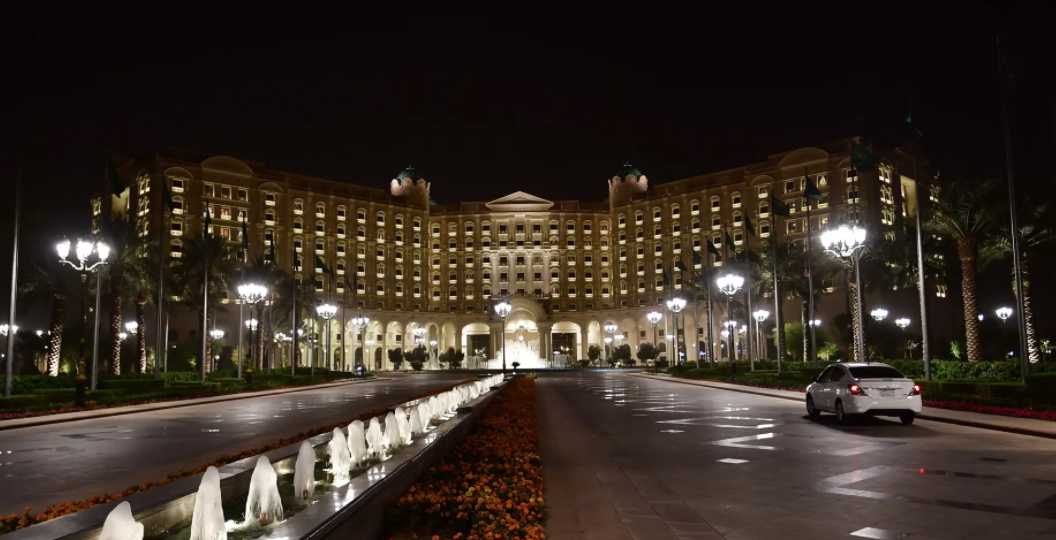 In early November 2017, nearly 400 of Saudi Arabia’s most powerful people, among them princes, tycoons and ministers, were rounded up and detained in the Ritz-Carlton hotel, in what became the biggest and most contentious purge in the modern kingdom’s history.

The arrests shook the foundations of Saudi society, in an instant turning untouchable establishment figures into targets for arrest.

A conventional pact between the state and its influential elite was shredded overnight.

Now, leading figures caught up in the detentions have revealed details of what they say took place.

The former detainees, many of whom were stripped of fortunes, portray a scene of torture and coercion, and of royal court advisers leading chaotic attempts to understand the investments behind the wealth of the kingdom’s most influential families, then seizing what they could find.

The accounts of what occurred in the Ritz, provided through an intermediary, are from some of the most senior Saudi business figures, who claim to have been beaten and intimidated by security officers, under the supervision of two ministers, both close confidantes of the man who ordered the purge, the crown prince, Mohammad bin Salman.

The disclosures come on the third anniversary of the purge and ahead of the G20 summit in Riyadh this weekend, which the Covid-19 pandemic has turned from a global showpiece into a giant webinar.

Prince Mohammad, the de facto ruler, will also from January face a new US president who is likely to eschew the wholesale cover provided by the Trump administration in favor of a more conventional approach that pays some heed to human rights issues.

Advocates of the right for women to drive in Saudi Arabia among them Loujain al-Hathloul, remain in prison in Riyadh, despite campaigns for their release.

The summit, a theme of which is women’s empowerment, has been flagged as a moment to offer clemency, but officials have remained unmoved.

The Ritz-Carlton detentions often started with a phone call, summoning targets for meetings with Prince Mohammad, or King Salman himself.

In another case, two prominent businessmen said they were told to meet in a home and wait for a royal court adviser to join them.

Instead, state security officials showed up, ushering them to a five-star prison, where guards and senior aides were waiting.

“On the first night, everyone was blindfolded and nearly everyone was subjected to what Egyptian intelligence calls the ‘night of the beating’”, said a source with intimate knowledge of what took place.

“People were asked if they knew why they were there.

Most were beaten, some of them badly.

There were people tied to the walls, in stress positions.

It went on for hours, and all of those doing the torturing were Saudis.

“It was designed to soften them up.

And then the next day, the interrogators arrived.” The detainees had by then been separated into rooms in the hotel that a year earlier had been the venue for the launch of Prince Mohammad’s ambitious “Vision 2030” plan – an overhaul of Saudi society that was meant to open a rigid country to a world at that point intrigued by the breadth of his promised reforms.

“There is a misconception that they turned up all-knowing with pages of data and information,” a source said, of the interrogators.

They in fact knew very little and were winging it.

They were OK on Saudi assets, but they were hopeless on the offshore stuff.” Some detainees spoke of being threatened with the release of private information, such as extramarital affairs, or business dealings that would not have won approval even under the old system.

Next to nothing leaked, but the few details that did emerge gave relevance to the calls Ibrahim Warde, an adjunct professor of international finance at the Fletcher School of Tufts University in the US, had started receiving in mid-2017 from former students asking about prominent Saudis whose careers he had explored in course work.

He sensed something big was looming in Riyadh, and he was right.

“Many of those who came out of my classes ended up in the world of financial intelligence,” he said.

“I kept getting strange requests from some of them about who was involved in various financial shenanigans.

It became clear that they were preparing reports for companies that were acting for Saudis back home.” The lack of understanding of investment structures surprised some of the men being questioned.

“They were guessing peoples’ net worth,” said the source familiar with events inside the Ritz.

“It was a shakedown.

At one point, they gave people access to their emails and phones and told them to contact their [banking] relationship managers in Geneva and ask for large sums of money.

The callers were told there was no equity in the accounts.

[The interrogators] thought all the assets were in cash.” A senior banking source, who refused to be named, said executives across the Swiss banking sector had launched an investigation in the wake of irregular transactions at the time of the crackdowns.

“A lot of these transfers appear to have been made under duress.

Some were stopped, because the requests were not routine.

But some got through.” Many of those detained told aides they remained puzzled about why they were there.

Some had been confidantes of the Saudi monarchy over generations, benefiting from their access to monarchs and princes who had not been shy in cultivating business leaders through access and largesse.

All Saudi royals had enjoyed relationships with industrialist dynasties and political patronage had been central to the trade-off.

“This is an absolute monarchy, which means that leaders can do what they want,” the source said.

“Often they had no idea what they were looking for.

It became straight up blackmail in some cases, because some of the detainees were refusing to sign anything.

There was no due process.

There is no such thing in the Saudi justice system as a plea bargain, but that was what they were trying to enforce.” Three years on, Prince Mohammad remains insistent that all those stripped of wealth had been guilty of corruption.

Saudi officials say up to $107bn (£80bn) was recovered from 87 people and returned to the Saudi treasury.

The detentions garnered broad support across parts of Saudi society, where the crown prince remains popular despite three years of damaging headlines, including the killing of the dissident journalist Jamal Khashoggi, carried out in Istanbul by a hit squad linked to Prince Mohammad’s former aide.

The sources who spoke to the Guardian said the figure seized was closer to $28bn and claimed the purge came at the price of breaking trust between the monarchy and the Saudi business community.

“This was about consolidating his rule, plain and simple.

It came before the Khashoggi atrocity, and the fact that he got away with it allowed him to do the latter.

History won’t be kind to MBS on either,” one of the sources said.

They are often tools for singling out those who were enriched.

They provide selective lists of those who were enriched.

This was a clear case of the intersection of money and politics in the Islamic world.”