Who’s Behind the ’Pandora Papers’ Leaks of Politicians’ Offshore Assets? 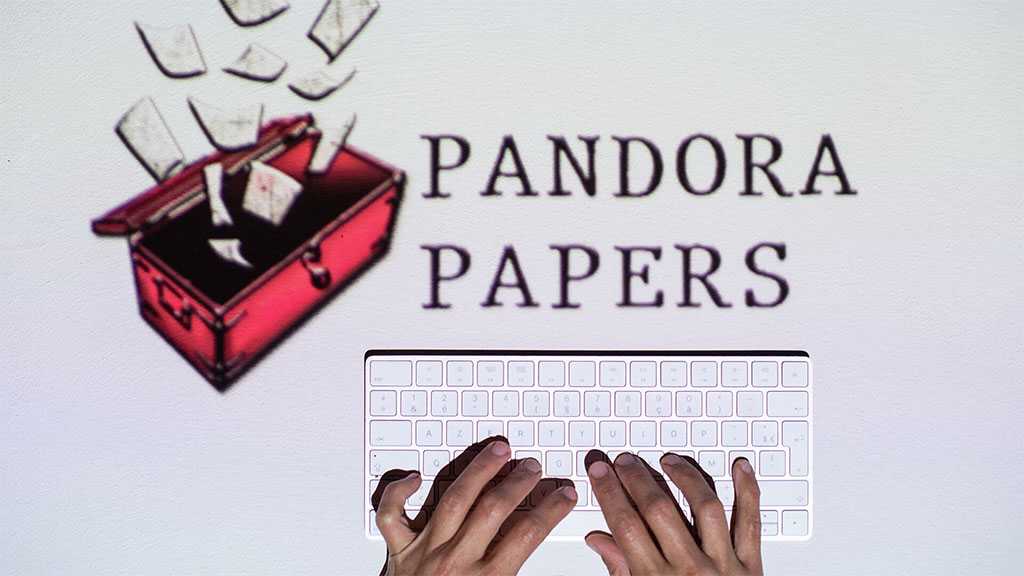 By James Tweedie - Sputnik The latest round of "leaks" of the offshore accounts and assets of the rich and famous may have caused a few red faces, but it is unlikely to land anyone in jail.

So what motivated the International Consortium of Investigative Journalists [ICIJ] to release the so-called Pandora Papers?

The ICIJ's online "Offshore Leaks Database" comes with a disclaimer admitting that keeping money or assets in offshore tax havens is not even a crime.

"There are legitimate uses for offshore companies and trusts.

We do not intend to suggest or imply that any people, companies or other entities included in the ICIJ Offshore Leaks Database have broken the law or otherwise acted improperly," it reads.

Indeed, statistics from Her Majesty's Revenue and Customs — the UK tax man — show that around one in ten British people have some kind of "offshore financial interest." But the site nevertheless features a line-up of current and former world leaders' financial dealings for the titillation of readers.

Those "exposed" in the latest bundle of leaks include dignitaries from a raft of developing nations as well as those who have recently fallen out of favor in the West.

Various loose acquaintances of Russian President Vladimir Putin are predictably flagged up, along with advisers to former US President Donald Trump.

Babis has resisted the European Union's demands for his country to accept a quota of illegal immigrants crossing the Mediterranean, caused by the US-backed regime-change efforts in Libya and Syria.

His government also has the general support of the still-significant Communist Party of Bohemia and Moravia.

Tony Blair was a surprise addition to the list, although the ICIJ's sketch portrait of him was so far from a likeness that the former British prime minister wouldn't be recognized standing next to his own wanted poster.

Blair's foundation issued a rebuttal of the claims that he and his wife Cherie, a barrister and crown court judge, avoided paying stamp duty tax on property transactions by registering them offshore.

But Zelensky has fallen out of favor in Washington after former White House occupant Donald Trump asked him to investigate current President Joe Biden's suspicious dealings in the country.

The ICIJ website invites would-be whistleblowers to leak information to their journalists.

The Pandora series claims to have inside info on 14 companies operating in 38 jurisdictions, whereas the Panama Papers of 2016 were based solely on the records of now-defunct Panamanian legal firm Mossack Fonseca.

But, in fact, much information on offshore holdings is in the public domain.

In the US, UK, and Australia, it has been compulsory for the past decade to register offshore assets with tax authorities, on pain of prosecution.

The UK's Sanctions and Anti-Money Laundering Act of 2018 mandated the creation of a publicly-accessible register of offshore interests, which anyone can delve into.

But who is paying the ICIJ's team of 240 journalists to pore through records of offshore assets? The body's financial backers include the Adessium Foundation, Open Society Foundations [OSF], The Sigrid Rausing Trust, The Ford Foundation, Fritt Ord Foundation, and the Pulitzer Centre on Crisis Reporting, along with Australian media mogul Graeme Wood.

OSF is the vehicle for Hungarian-born, anti-communist billionaire George Soros to fund NGOs around the world which have been accused of aiding regime change efforts in a number of countries.

Dutch-based Adessium funds Bellingcat, an organization that has issued regular briefings accusing the Syrian government and its allies of war crimes, while foreign powers including the US and Turkey continue to support armed militant groups.

The Ford Foundation was set up in 1936 by auto industry tycoon Henry Ford and his son Edsel, nine years after the elder Ford had ceased publishing his anti-Semitic newspaper The Dearborn Independent in the face of lawsuits.

Lopez was jailed in 2015 for inciting deadly violence in the 2014 Guarimba riots against the United Socialist Party government.

The Sigrid Rausing Trust is a funder of Hope not Hate [HnH], originally an anti-fascist organization which now promotes claims that China is perpetrating a "genocide" of ethnic Uyghur Muslims in the north-western Xinxiang province.

HnH wrote in an article on Friday that the Winter Olympics in Beijing in February 2022 should be dubbed "the Genocide Games."