’A Pandemic of Abuses’: Human Rights Under Attack During Covid - UN Head 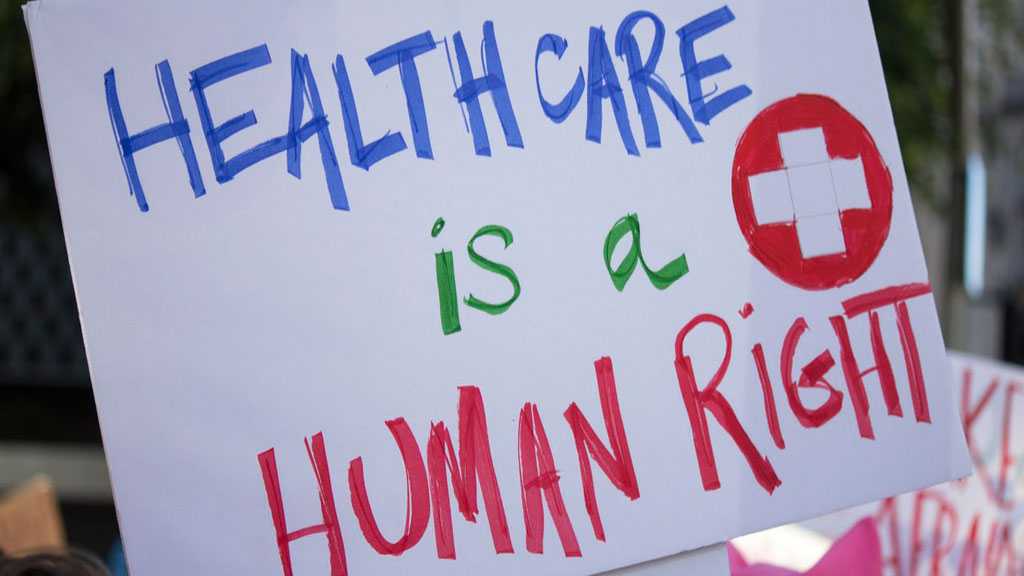 By The Guardian The world is facing a “pandemic of human rights abuses,” United Nations Secretary General Antonio Guterres has said. Authoritarian regimes had imposed drastic curbs on rights and freedoms and had used the virus as a pretext to restrict free speech and stifle dissent.

Writing in the Guardian, Guterres said the Covid-19 pandemic had rolled back years of progress on human rights, and that abuses had “thrived because poverty, discrimination, the destruction of our natural environment and other human rights failures have created enormous fragilities in our societies” There has been a global crackdown on opposition activists and human rights defenders, increased attacks on journalists and moves to curb free speech, censor the media, roll out invasive tracking apps and put in place extreme surveillance measures, many of which are likely to far outlast the virus.

A recent report by Human Rights Watch found that at least 83 countries had used Covid-19 as a justification to attack free speech.

China has been accused of particularly egregious breaches, including online censorship, invasive surveillance and the arrest of coronavirus whistleblowers.

“The Chinese regime has threatened, arrested, jailed and silenced whistleblowers and citizen journalists who tried to warn of or report on the pandemic.

There are grave concerns that the surveillance technology it has rolled out as part of the effort to combat the coronavirus could be used to further stifle dissent and violate human rights,” said Benedict Rogers, chief executive of Hong Kong Watch.

Around the world, governments are failing to guarantee basic rights to health, education and equality, hitting the poorest, most marginalized and minorities the hardest.

Guterres said that the failure to ensure equity in vaccination efforts was “the latest moral outrage” to come out of the pandemic.

More than three-quarters of 128m vaccine jabs given so far have been administered in only 10 countries, according to the World Health Organization.

Not a single dose has been administered in 130 countries, with combined populations of 2.5 billion.

While deaths tolls appear to be significantly higher in western states, the economic impact of Covid has been felt most acutely in the developing world.

After years of progress on eradicating poverty, last year the pandemic pushed up to 124 million more people below the poverty line, defined as living on less than $1.90 a day, according to the World Bank.

The impact on education has also been “catastrophic”, with school closures affecting around 1.6 billion children, says the UN Girls in particular are likely to drop out, leaving them vulnerable to child marriage, early pregnancy and domestic violence.

Progress on gender equality has been set back decades.

“Violence against women and girls in all forms has skyrocketed, from online abuse to domestic violence, trafficking, exploitation and child marriage,” said Guterres.

The pandemic has shone a harsh spotlight, too, on the dire working conditions of millions of low-wage workers.

Massive orders for PPE have been produced by North Korean women toiling in secret factories in China, in conditions that amount to slave labor.

Garment makers in Bangladesh have been left struggling to survive as orders from western clothing giants suddenly dried up.

And in the Gulf, one of the world’s wealthiest regions, migrant workers have been victims of racial discrimination, arbitrary detention in appalling conditions and wage theft on a huge scale.

On top of the slew of pushbacks and attacks on human rights resulting from the pandemic, crises such as the conflict in Yemen, spiraling violence in Afghanistan, the military takeover in Myanmar and an escalating humanitarian crisis in Venezuela threaten the lives of millions across the world.

“From Syria to Myanmar, South Sudan or Yemen, or the situation facing the Uighur population in China, the pandemic has added another layer to existing and unfolding human rights crises around the world,” said Kate Allen, director of Amnesty International UK “There has been a failure of national governments and the United Nations in taking decisive action to address these big global issues and the UN security council veto must not continue to be used to block action on genocide or human rights abuses.” In a speech to open the 46th regular session of the Human Rights Council in Geneva today, Guterres also said that racist, extremist movements are engaging in a “feeding frenzy of hate” and represent “the number one internal security threat” for some countries.

He said global coordinated action was needed to defeat the grave and growing danger of racism.

“The danger of these hate-driven movements is growing by the day.

Let us call them what they are: white supremacy and neo-Nazi movements are more than domestic terror threats.

They are becoming a transnational threat,” he said.

“These and other groups have exploited the pandemic to boost their ranks through social polarization and political and cultural manipulation.” The UN secretary general also said that gender inequality was the world’s biggest human rights scourge.

“The crisis has a woman’s face,” he said.

“Violence against women and girls in all forms has skyrocketed, from online abuse to domestic violence, trafficking, sexual exploitation and child marriage.” But amid the despair, there are some reasons for hope.

“A real battle” had emerged in defense of human rights, according to Kenneth Roth, the executive director of Human Rights Watch.

“The pandemic has posed enormous and dangerous challenges and has left millions of people less secure and more vulnerable than they were a year ago, but it has also spotlighted many of the inequalities that we can now focus on.” Guterres called for a response based on solidarity and cooperation.

“With the pandemic shining a spotlight on human rights, recovery provides an opportunity to generate momentum for transformation,” he said.

“The virus threatens everyone.