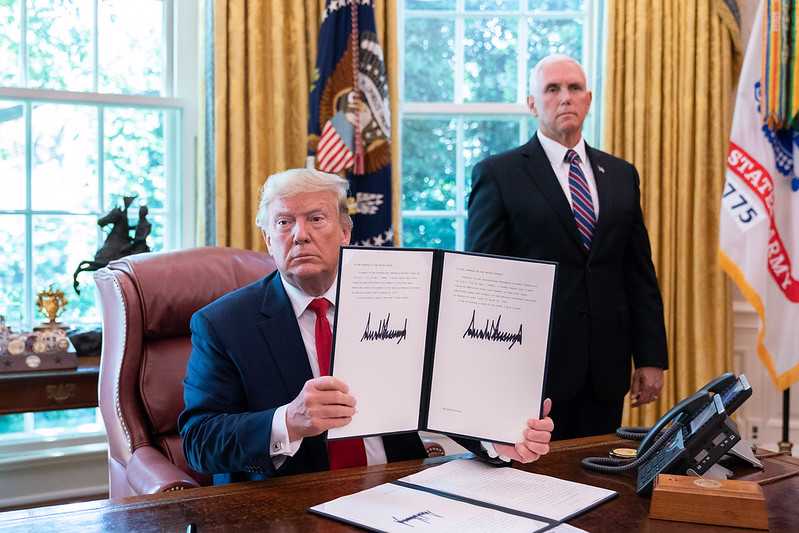 Indifference toward ordinary people so privileged ones can benefit is clear proof of unfettered capitalism’s failure — its toxic epicenter in the US At a time when highly infectious COVID-19 continues spreading to increasing numbers of people worldwide, around 55,000 in the US so far, reliable public health assuring treatment for all in need is essential.

No in the US, notably in the absence of universal healthcare when it’s unaffordable for tens of millions, when government wants Medicare and Medicaid slashed, when hospitals lack enough ventilators for patients and protective gear for healthcare professionals.

Both wings of the one-party state prioritize smashing nations they don’t control and handing lavish handouts to corporate favorites — taxpayers footing the bill, part of the greatest wealth transfer scheme in human history.

At a time when Iran is struggling to contain large numbers of COVID-19 cases, the Trump regime piled on more illegal sanctions to inflict greater pain and suffering on its people.

In maliciously deceptive remarks last week, Pompeo falsely blamed Iran for the country’s COVID-19 public health crisis — what its government had nothing to with creating, Tehran and other parts of the country perhaps attacked by a US bioweapon.

In all US post-WW II wars of aggression, the Pentagon and CIA used chemical, biological, radiological, and other banned weapons.

Are Iran, China, Italy, and other countries victims of US biowarfare, perhaps a lost control of experiment? Pompeo recited a litany of bald-faced Big Lies while concealing possible Trump regime responsibility for growing numbers of COVID-19 infections in the US and worldwide.

Pompeo spilled the beans, calling  COVID-19 “a live (military) exercise,” meaning the Trump regime apparently is testing the latest US bioweapon on unknown numbers of human guinea pigs in most or perhaps all countries.

Responding to his possible Freudian slip, Trump reportedly said “I wish you would have told us.” Serving as front man for US aims at home and abroad, how all US presidents operate, he likely knows little or nothing about the darkest corners of America’s dark side.

The US likely bears full responsibility for infesting China, Iran, Italy, and countless other countries with its latest bioweapon.

He lied saying Iranian authorities encouraged large gatherings with “no regard” for human health.

He lied claiming Tehran is “hiding a significant amount of information about the coronavirus outbreak.” He lied pretending that the Trump regime offered humanitarian aid to Iran — while piling on more illegal sanctions instead of removing them all, the best way to help the Iranian people.

That’s not the plan.

The real one is causing maximum pain, suffering and deaths, and not just in Iran, in all countries on the US target list for regime change.

He lied saying the Trump regime OK’d Iranian imports of food, medicines, related supplies and equipment when sanctions are threatened on nations that export them to Iran.

He lied claiming accusations about the US engineering the virus are false when he himself admitted it.

He lied accusing Iranian authorities of stealing money from their own people — a longstanding US specialty, running wild today, a motherlode of grand theft on the way from Congress to be signed into law by Trump this week.

He sounded daft accusing Ayatollah Khamenei of “run(ning) a hedge fund worth tens of billions of dollars” — funds gotten “by confiscating resources from the Iranian people.” You can’t make this stuff up.

The above is a verbatim quote.

Virtually nothing they say has credibility.

Lying to the American people and others abroad is their stock in trade.

On Monday, Iranian President Rouhani called the Trump regime’s deceptive offer to help Iran “one of the biggest lies in history.” Iran’s Foreign Ministry slammed Pompeo’s Big Lie claim that the Islamic Republic invented a conspiracy theory about COVID-19’s origination in a US biolab.

Ayatollah Khamenei denounced the US as “the most evil enemy of the Iranian nation.” It’s the most “evil enemy” of world peace, equity and justice for all, an unprecedented scourge threatening planet earth and all its life forms.

*(Top image: President Donald J Trump displays his signature on an Executive Order to place further sanctions on Iran, June 24, 2019, in the Oval Office of the White House.