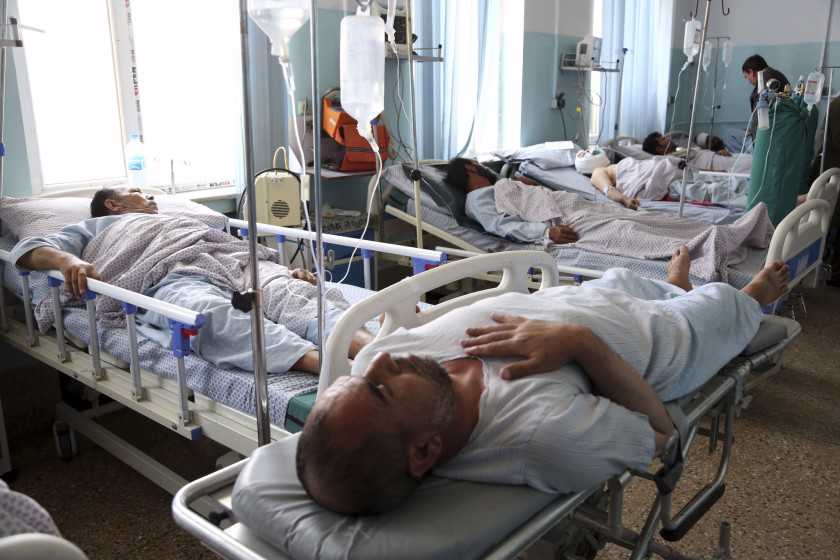 A huge bomb blast has hit Afghanistan’s capital of Kabul, in what appears to be the first deadly major assault in the city in months.

The blast took place at the entrance to the Marshal Fahim Military Academy, a government-run defense university, early on Tuesday.

The Afghan Interior Ministry said the attack had claimed the lives of five people, including both civilians and military personnel.

'This morning at around 7 am, a suicide bomber detonated his explosives- killing five people including two civilians and three military personnel.

“It was a big explosion that rocked our house.

Ambulances rushed to the area quickly,” resident Samiullah, who goes by one name, told AFP The Kabul police chief confirmed the location, according to a local broadcaster.

No group immediately claimed responsibility for the attack, which comes after nearly three months of relative calm in the Afghan capital.

Recent weeks have brought frequent but small-scale attacks on police and US security forces in Afghanistan, even as the United States and Taliban militants pursue talks to finalize a peace pact.

They have been negotiating on and off for a year.

Six people were killed and at least a dozen wounded last year in a Taliban bombing attack outside the Marshal Fahim academy, which is modeled after European war colleges to train Afghan cadets to become officers.

The academy was also the scene of a ISIL terrorist group assault last May The Taliban have refrained from attacking major urban centers in an effort to keep talks with the US on track, but violence continues elsewhere.

The last major attack in the capital was in November 2019, when at least 12 people were killed when a minivan packed with explosives rammed into a vehicle carrying foreigners during Kabul’s morning rush hour