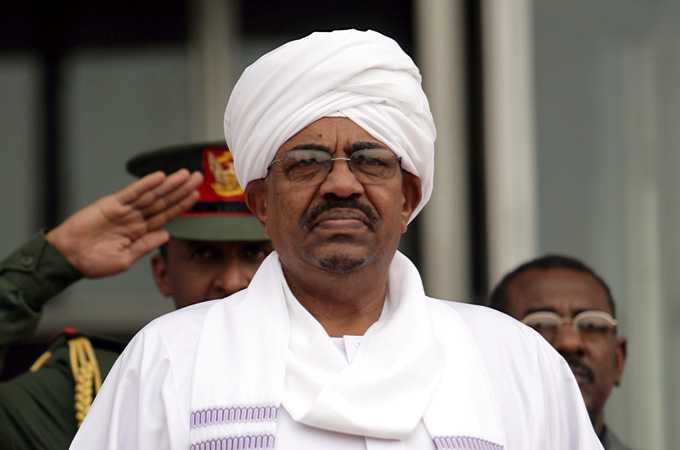 He was overthrown and arrested in a military-led coup on April 11 after months of nationwide protests against his authoritarian 30-year rule.

The Sudanese ex-president had already been charged in May with incitement and involvement in the killing of protesters.

In April, a judicial source in Sudan said military intelligence had searched Bashir's home and found suitcases loaded with more than $351,000 and six million euros as well as five million Sudanese pounds ($104,837).

The Sudanese military overthrew 75-year-old Bashir after some four months of widespread protests against him over dire economic conditions on April 11.

Since then, he had been under house arrest in the presidential residence inside the compound that also houses the defense ministry.

But the generals also moved to consolidate power and faced popular protests themselves.

Protesters camped outside the military headquarters in Khartoum for weeks to demand the ruling military council hand over power to a civilian government, before security and paramilitary forces dispersed them in a June 3 crackdown that killed tens of people.

The umbrella protest movement Alliance for Freedom and Change says 113 people were killed in the crackdown.

The government puts the death toll at 61 people, including three security personnel.

Sudan's opposition groups have accused “some Arab countries” of supporting the military council in order to protect their own interests in the country.

Ahead of the deadly crackdown, Sudan's military ruler General Abdel Fattah al-Burhan visited Saudi Arabia after his trips to Egypt to meet President Abdel Fattah el-Sisi on May 25, and to the UAE to meet Abu Dhabi Crown Prince Mohammed bin Zayed the following day.

Saudi Arabia and the UAE also backed the military council in the aftermath of the coup against long-term president Omar al-Bashir by pledging $3 billion in cash and aid to the country.

A group of five United Nations rights experts has urged the Human Rights Council to launch an 'independent investigation' into possible violations committed by Sudanese security forces against 'peaceful protesters'.

The Council's new session will take place in Geneva on June 24.

Bashir, who took power through a military coup in 1989, is also wanted by the International Criminal Court (ICC) over his alleged role in genocide in the Darfur region, which he denies