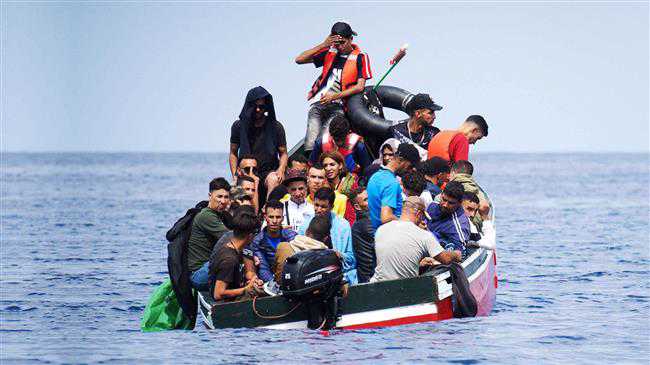 Saeed Pourreza
Press TV, London  These waters have taken the lives of tens of migrants in recent years.

The English Channel: an arm of the Atlantic Ocean that separates Southern England from northern France.

One man drowned, while a woman, along with two children - aged 5 and 8 - suffered cardiac arrests and never recovered.

The cause of the incident is yet to be determined.

But overcrowded boats are usually the culprit.

Charity Care4Calais says the "loss of life should be a wake-up call for those in power in France and the UK".  Britain wants France to police the Channel more rigorously to bring down the flow of migrants.

Paris says it will do it for 30 million pounds.

The UK’s conservative government has taken a hard line on migrants, rhetoric believed to be designed to appeal to certain voters.

Earlier this week, the Johnson government came under fire after reports revealed it had studied housing asylum seekers on disused oil rigs, banishing them to camps in Moldova or Papua New Guinea, or building floating walls in the sea to keep them out.

Several thousand migrants have attempted the dangerous crossing of the Channel this year, often paying traffickers to help them across one of the world's busiest shipping lanes.

With the cold season already here and with no clear plan by wither government in place, more tragedies are bound to happen