Diesen talks of reason behind Afghan army dependence on US 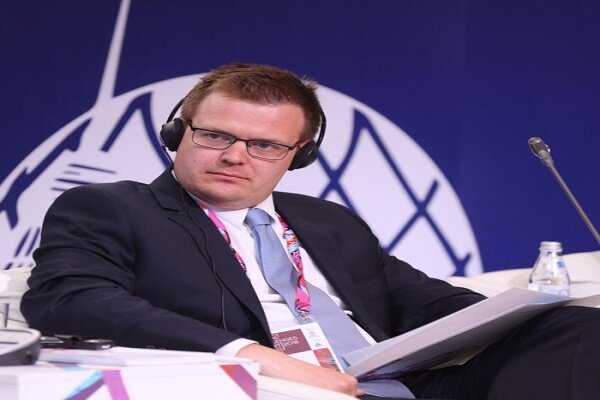 TEHRAN, September 13 (MNA) – Criticizing the dependence of the Afghan army on the US, Norwegian professor says that it was a strategic decision as security dependence is a source of political influence.The sudden withdrawal of US troops from Afghanistan has not only paved the way for the Taliban for turning back to power but also the US government’s wrong action was met with strong reactions and criticism in the international arena.

But what is certain is that the withdrawal of the Americans created optimal conditions at least for China and Russia as the two great powers of the East as well as regional powers like Iran for moving the US and its NATO allies away from their region while neither of them hid their joy from this issue.

However, there are still concerns for the future of Afghanistan and laid probable instability behind the rising of the Taliban and maybe other fundamentalist groups in this country. On the other hand, the Taliban’s new and bizarre claims about their intention for change of its political manner and governing method rather than past and their attempts for the establishment of fair relations with what they assert as “all sovereign states” based on national interest also have sophisticated the ability for analyzing their future and real thought.

Should we wait to see “New Talibanism” based on a new approach to governing method? In this regard, the correspondent of Mehr News Agency has talked to Dr Glenn Diesen, professor of Intl.

Relations at the University of South-Eastern Norway.

The full text of this interview is given below: Regarding the Afghanistan crisis, as you know, Russia has stated its serious concern on Afghanistan and the probable penetration of the Taliban into the soil of its Central Asian allies.

On the other hand, the US and its Western allies also have stated the same concern on role-playing of Russia and China in future of Afghanistan.

So, what will be the probable role of Russia and China in Afghanistan during the Taliban new era?

Russia is deeply distrustful of the Taliban and is concerned that instability in Afghanistan will destabilize former Soviet republics in Central Asia.

Furthermore, the Taliban has not kept its promise in terms of establishing an inclusive unity government that would moderate its policies and reduce the probability of a civil war.

Russia’s main interest is preventing the problems of Afghanistan to destabilize the wider region, which is a modest objective that also enables Moscow to work with the Taliban. Both Moscow and Beijing are well aware of the US intention to seek divisions between Russia and China.

So far, Russia and China have pursued an almost identical approach towards Afghanistan.

Moscow and Beijing ideal approach is to establish friendly and cooperative relations with Afghanistan by creating incentives for peaceful coexistence through inclusion in Eurasian economic projects.

If the Taliban does not take this opportunity, then Russia and China will merely focus on stabilizing the region.

But there is no interest in following the US approach of speaking in the language of ultimatums and threats to dictate how the Afghans should live.

Furthermore, Russia and China have no interest in sending its military into Afghanistan. Taliban has claimed that its governance manner is changed comparing the past and want to improve its relations with all world sovereign states in future.

On the other side, their opponents in Afghanistan believe that these claims are fake and are not coincident with their fundamentalist beliefs.

What do think about the new Taliban? Do you see any change in Taliban behavior?

It is difficult to assess how the Taliban will act.

They have attempted to reassure states in the region about their benign intentions, however, this could merely be a temporary strategy until they cement control over the country.

The disastrous and humiliating withdrawal of US and NATO troops from Afghanistan was a major victory for the Taliban, which could be problematic to the extent that it could fuel hubris.

The elevated status of the Taliban fighters that sent the Americans on the run is probably an obstruction to accept a difficult compromise for a unity government that can ensure enduring stability.

The prominent role of veteran fighters of the Taliban will make it difficult to create a new Taliban different from that of the 1990s. Just after the start of the US military exit from Afghanistan, Washington stated its will for the deployment of its new military bases in Central Asian countries, which Moscow opposed.

What’s your assessment of the US role in the region for the future? Would President Biden like to extend its country presence in Central Asia regarding US internal complicated problems like pandemic and other internal issues especially in the economic sphere?

I expect that both Russia and China will put pressure on Central Asian states to deny the US bases on their territory, and possibly even deny the US the use of their airspace.

When the US invaded Afghanistan it was in response to the terrorist attacks on 11 September 2001, however, they were also very open about the objective of asserting wider influence in the Central Asian region to limit Russian and Chinese influence.

In addition, the strengthened regional presence was also important in the containment of Iran.

Russia, China and Iran have all been apprehensive about the Taliban, but they are all satisfied with the exit of the US from the region.

The US invasion of Afghanistan and incursion into Central Asia occurred in 2001 at the height of US power, but now 20 years later the international distribution of power has shifted greatly, thus Russia and China will work towards preventing a US presence that is aimed to divide and contain the major powers.

Russia and China are working towards a “Greater Eurasian Partnership” in which they seek economic connectivity and security cooperation across the Eurasian landmass with countries like Iran, which runs counter to US objectives about balancing and marginalizing the rising powers in the region. Dominic Rob, the British Minister of Foreign Affairs confessed recently that the intelligence services of Britain and its other allied miscalculated the Taliban's ability to seize power in Afghanistan and foreign forces' withdrawal from this country was done based on this wrong assessment.

Do you accept these claims while we are talking about leader states of NATO with many decades of experience in war worldwide?

It is possible that the intelligence reports did not expect such a rapid fall of Kabul, this probably even surprised the Taliban.

However, there is probably some dishonesty as well as it is not politically expedient to speak openly about the various considerations.

For example, the dependence of the Afghan army on the US was a strategic decision as security dependence is a source of political influence.

A key objective of the US military presence in Afghanistan, much like in Europe or East Asia, is not merely to defend these states but to obtain political influence and loyalty.

It was therefore predictable that the US withdrawal would largely end the airpower of the Afghan army. Some of the decisions related to the disastrous withdrawal can be traced back to poor execution rather than poor intelligence.

For example, the decision to abandon Bagram Airbase before evacuating civilians and military equipment was a terrible decision.

Furthermore, the rushed abandonment of the airbase was also a major mistake as the US left the base in the middle of the night without.

The execution of the withdrawal was not safe and orderly, so blaming the intelligence reports is not a sufficient excuse. Interview by Vahid Pourtajrishi