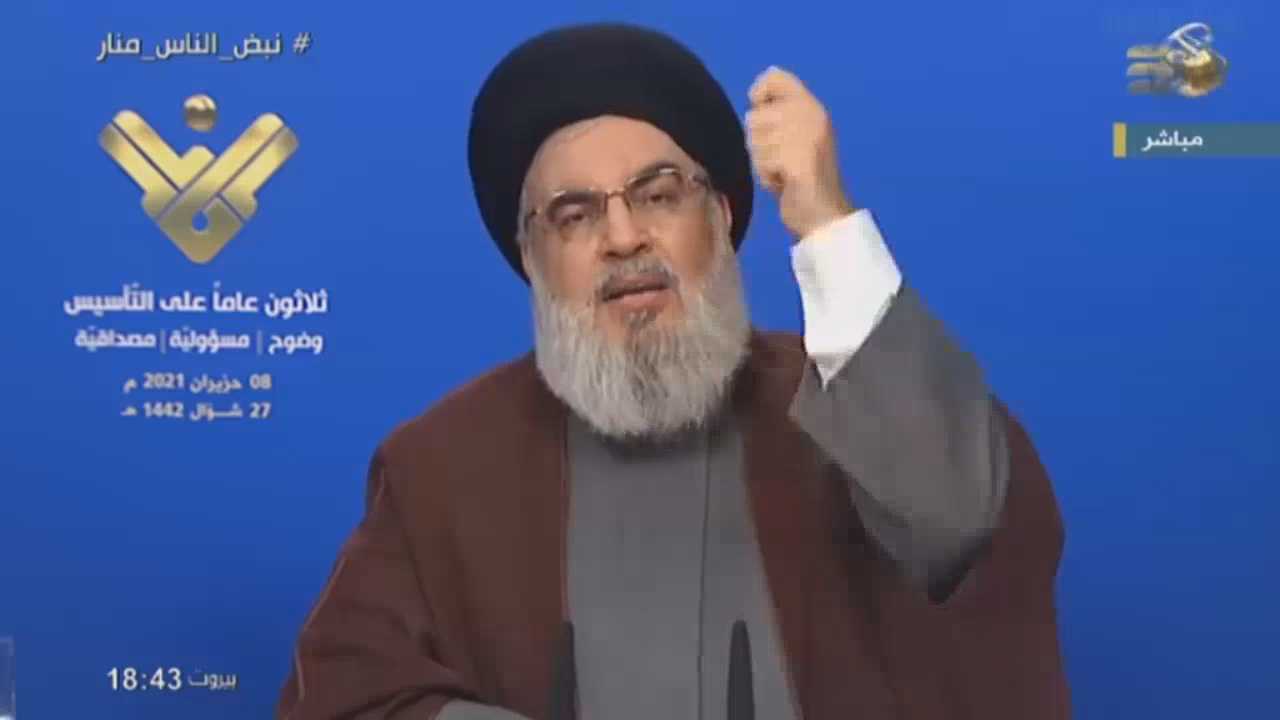 Hezbollah Secretary General Sayyed Hasan Nasrallah asserted on Tuesday that Hezbollah rejects the early parliamentary election in Lebanon and supports holding it on the scheduled time despite all the circumstances. Addressing Al-Manar celebration on the Channel's 30th anniversary, Sayyed Nasrallah called on the political parties demanding the early election to contribute to the cabinet formation that can address the socioeconomic crisis and added that they just intend to achieve partisan, not national, gains.

Sayyed Nasrallah added that Hezbollah is still exerting all the possible efforts to form the new government that can tackle the power shortage and scarcity of energy sources and foodstuffs, calling on the parties concerned with the creation process to take the scenes of this crisis into consideration.

Sayyyed Nasrallah pointed out that the crisis in Lebanon dates back to around 40 years amid various circumstances and is caused mainly by the weak performance of the public institutions, adding that ongoing stalemate may persist despite the efforts exerted by Hezbollah and House Speaker Nabih Berri.

Hezbollah Leader considered that, since the radical solution to the economic crisis can never be reached in the short term, the government must address the current situation by waging a war against monopoly and arresting the monopolizers, describing them as murderers and traitors and offering the government 20 thousand volunteers in face of this lesion.

Sayyed Nasrallah indicated that the fuel crisis which obliges hundreds of cars to lineup at the gas station is humiliating, adding that government can address this predicament by one courageous decisionimporting fuel from Iran.

In this regard, Sayyed Nasrallah pointed out that the Iranian offer to sell Lebanon fuel in the Lebanese pound is still valid, warning against surrendering to the US pressures aimed at preventing Lebanon from making this deal.

Sayyed Nasrallah added that all the reports about rationalizing the government subsidies are incorrect, wondering whether the procrastination in the governmental file aims at cancelling all such subsidies as the IMF aid program stipulates.

If the Lebanese government fails to address the fuel crisis, Hezbollah will purchase fuel from Iran, Sayyed Nasrallah said. 'We will bring the fuel ships to Beirut port, and let the state prevent the people from getting this fuel to the Lebanese people.' Sayyed Nasrallah added that approving the financing card that will around 750 thousand families, reiterating that the creation of the new government is the basic requirement of confronting the crisis.

Finally, Sayyed Nasrallah stressed that Al-Manar TV will continue to followup the upcoming victories, reassuring that he is in good health and reiterating his hope that he will pray at Al-Aqsa Mosque in A-Quds.