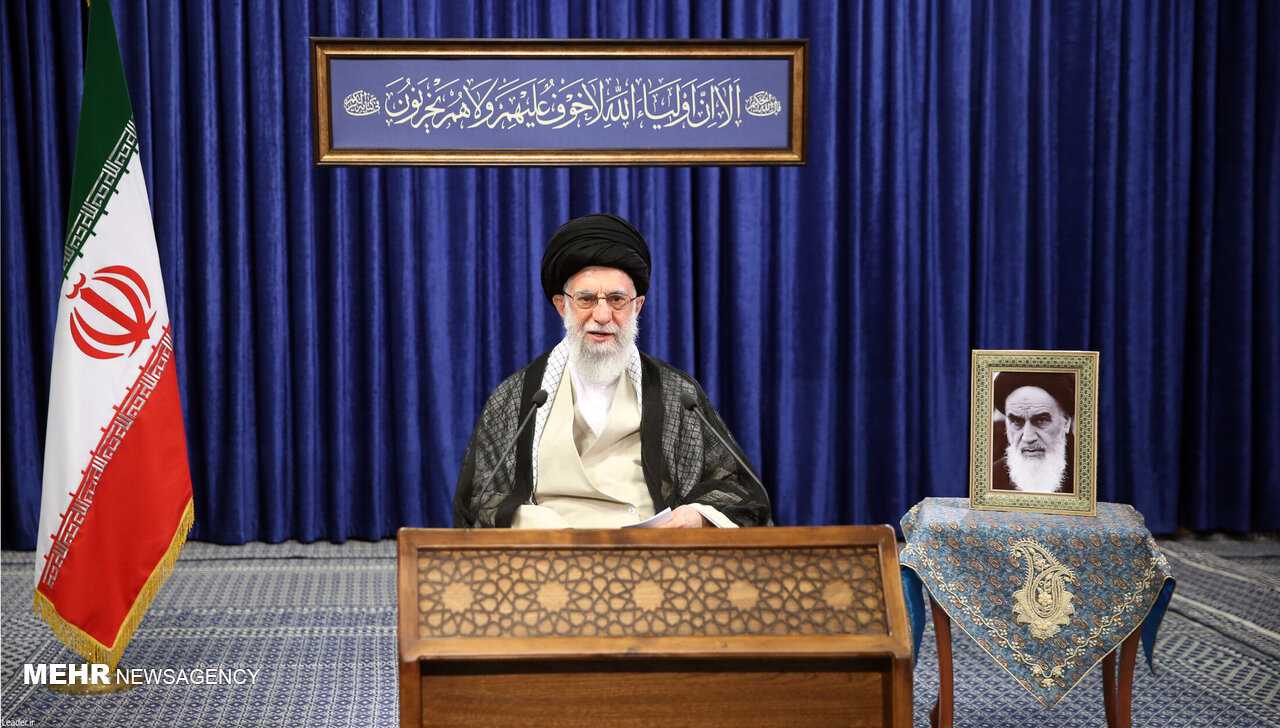 Leader of the Islamic Revolution in Iran Imam Sayyed Ali Khamenei affirmed on Friday that the Islamci Revolution is stronger than ever, describing it as the solid tree which won’t be plucked out by neither a hurricane nor a flood.

In a televised address on the 32nd anniversary of Imam Ruhullah Khomeini’s demise, Imam Khamenei said the secret behind the perseverance of this establishment “relies in two words: Islamic and revolution.” “Ill-wishers have always been after animosity with Islamic Establishment, repeating claims that the Islamic Republic is coming close to its end,” the Leader was quoted and saying by Mehr news agency.

Enemies always make wrong predictions about the future of the Islamic establishment, his eminence said.

“But thanks to God the Islamic Revolution did not collapse, rather it conquered different barriers.

In this context Imam Khamenei said Muslims have a religious duty to decide on the condition of their society, citing Islamic religious texts.

“The Islamic Republic was once a tiny seedling but now it is a strong tree that cannot be uprooted with the strongest winds.” The Islam that Imam Khomeini believed was an Islam that opposes arrogance, hegemony, and corruption, highlighted the Leader, adding:  Imam Khomeini viewed elections as a manifestation of people’s will.

Inviting people to participate in the election, Imam Khamenei said that the path to resolving the current problems of the country lies in the election.

“People should not put total trust in candidates’ promises,” said the Leader, also advising candidates to not set forward promises that cannot be practically implemented.

He also called on people to ask and encourage others to take part in the elections.

On the revival of the nuclear deal, Imam Khamenei stressed that Tehran wanted action and not promises from six world powers.

'I have told our negotiators that actions, not promises (by the six powers), are needed for the restoration of the nuclear deal,' Khamenei said in a televised speech.