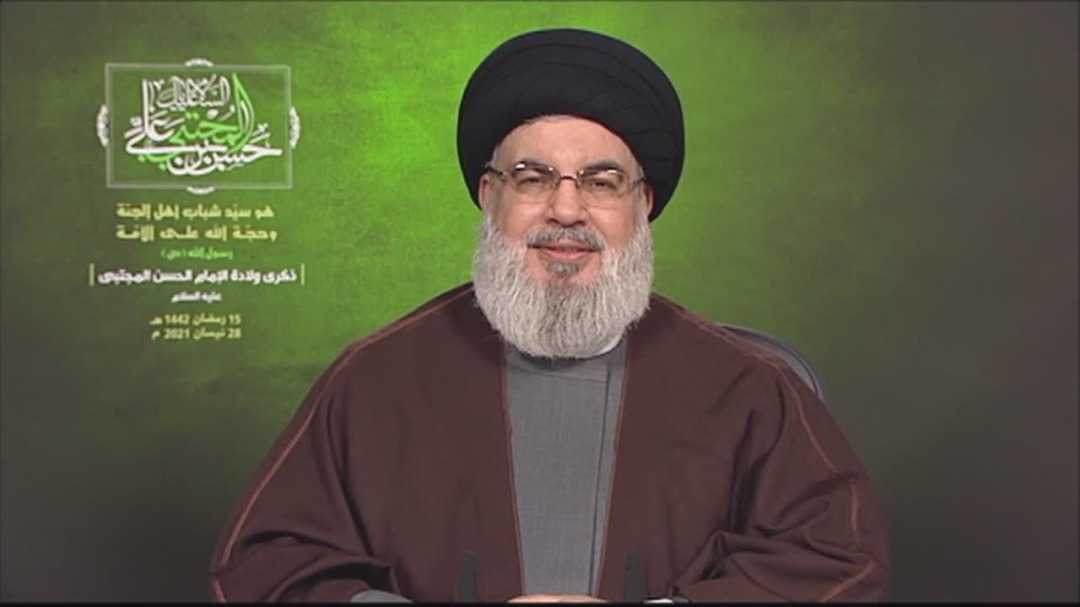 Hezbollah Secretary General Sayyed Hasan Nasrallah saluted Palestinian people over heroic confrontations they have been engaged in A-Quds, as he offered condolences to Iraq over Baghdad hospital fire tragedy.

In a Ramadan sermon on Wednesday, Sayyed Nasrallah praised “Al-Quds residents’ determination, especially the youths who filled the areas across the holy city and confronted the armed occupation forces.” His eminence also hailed solidarity between Palestinian people in West Bank and Gaza, pointing to the Palestinian attempt to set a new formula that groups Al-Quds and Gaza missiles.

“The emergence of Gaza in a bid to impose new formulas is a major development that we will discuss in Al-Quds International Day God willing.” Meanwhile, Sayyed Nasrallah reiterated Hezbollah sympathizing stance with Iraq over the Ibn Khatib hospital fire which killed at least 82 people and injured many others.

The Hezbollah SG offered condolences to Religious Authority, people and state in Iraq, wishing speedy recovery to those who were injured in the tragedy.

Elsewhere in his sermon, Sayyed Nasrallah congratulated Muslims on the birth anniversary of Imam Hasan (a.s.).