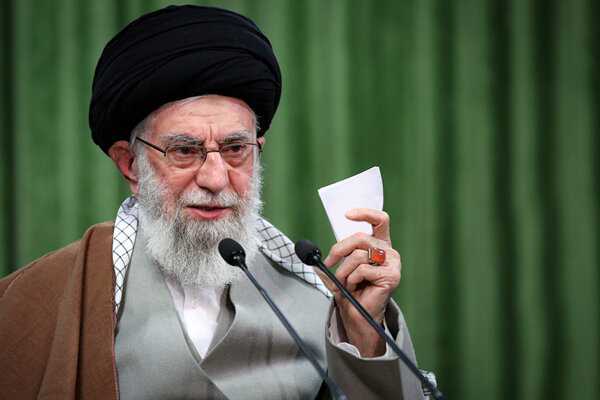 Leader of the Islamic Revolution Ayatollah Sayyed Ali Khamenei criticized the European countries for their lack of independence.

Speaking in a local ceremony held to mark the start of the holy month of Ramadan, Ayatollah Khamenei pointed to several issues, including the ongoing talks between Iran and the remaining JCPOA signatories in Vienna.

“We announced the policy of the state and told it to officials.

Well, officials’ decision was to go and hold talks,” said the Leader.

“We do not have any argument on this issue but they should be careful that the sides do not drag their feet because that will be to the detriment of the country.” The fact that the Americans talk of direct and indirect talks is not because that they want to negotiate and accept the right word, rather, this is because they want to impose their false stance, added the Leader.

Europeans confess in their private meetings that Iran is right but when it comes to making decisions, these countries have no independence, noted the Leader, adding that America is also a bully