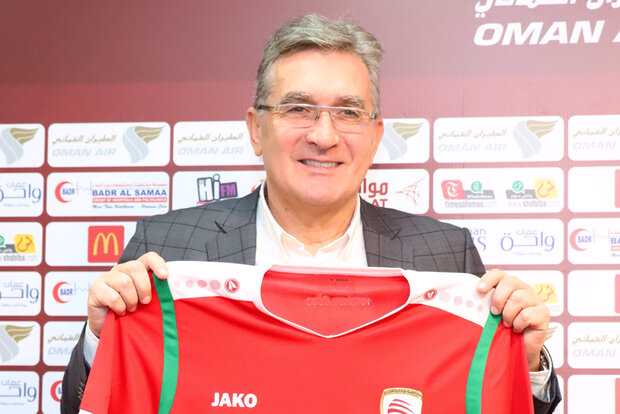 TEHRAN, August 12 (MNA) – Croatian coach Branko Ivankovic says he is committed to his contract with Oman national football team after some reports linked him with Iran’s Sepahan FCAmir Ghalenoei stepped down as Sepahan coach this week after a 2-0 defeat against Esteghlal at Hazfi Cup semifinal.

The club’s spokesperson, Ali Pezeshk, said that Ivankovic is one of near dozen coaches that the club eyes to sign a contract with.

In a brief interview with Mehr News Agency, Ivankovic stressed that he is currently the head coach of Oman’s national football team.

“I cannot speak about other clubs and teams such as Persepolis and Sepahan.

I am committed to the contract with Oman,” he said.

The Croatian coach can be considered as one of the most successful foreign coaches in Iranian football.

He won three IPL titles with Persepolis before parting ways with the Reds due to financial issues.

He has also led Iran national football team for four years between 2002 and 2006 while also winning the 2002 Asian Games with Iran U23.