Sayyed Nasrallah to Hezbollah Fighters on Eve of Syria’s Qusseir Battle: Our Fight is against Armed Militants, Not Civilians (Video) 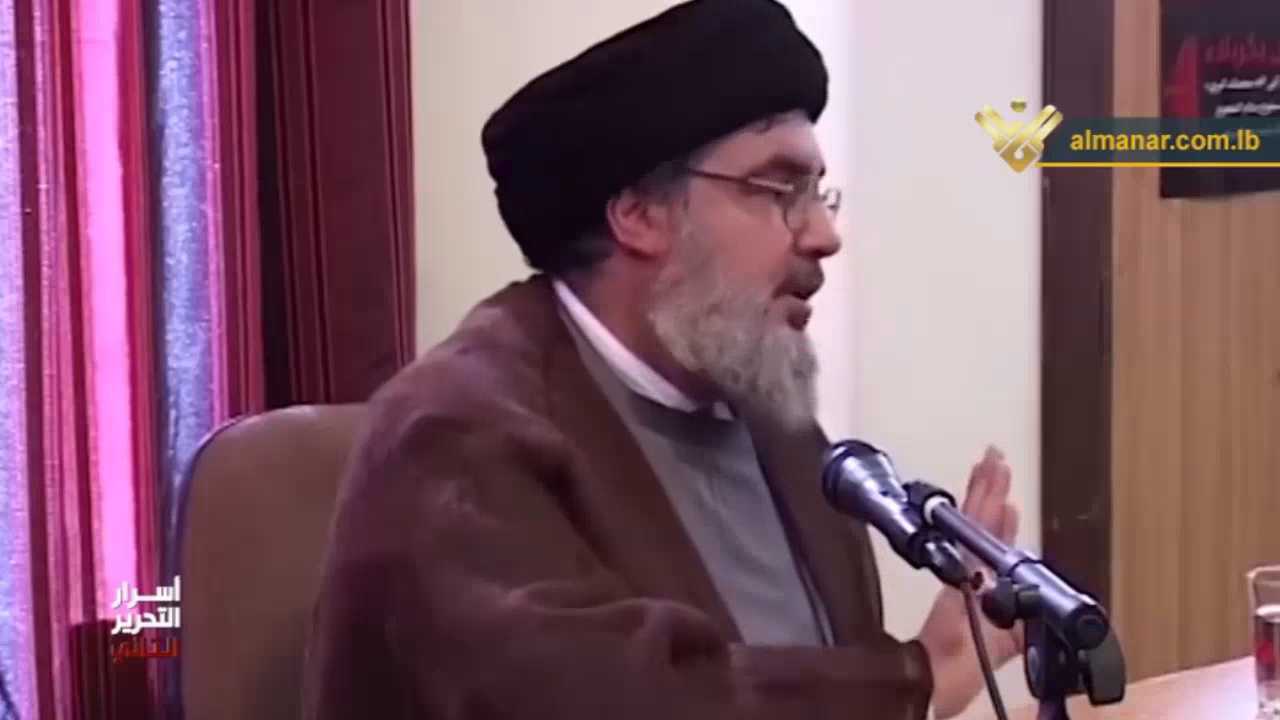 Al-Manar Episodic Documentary, Second Liberation Secrets, displayed during Friday’s episode the footage of the direct meeting between Hezbollah Secretary General Sayyed Hasan Nasrallah and the Resistance fighters on the eve of Qusseir battle in 2013.

The documentary’s staff announced via Twitter it was honored to receive from Sayyed Nasrallah the footage which shows the meeting occurred in a location near the Lebanese-Syrian borders and was attended by his eminence in person.

On May 19, 2013, Hezbollah and the Syrian waged a large scale offensive against the terrorist groups in the Syrian city of Al-Qusseir, achieving a crushing victory after an 18-day battle.

The victory was deemed strategic because it indicated the start of the series of defeats inflicted upon the militant groups across the Syrian territories.

Sayyed Nasrallah addressed the Resistance commanders and fighters, highlighting the importance of observing the religious restrictions during the fight in the city.

His eminence warned Hezbollah fighters against causing any harm to the civilians in the city, stressing that the battle is against the armed militants exclusively.

Elsewhere, Sayyed Nasrallah confirmed that the assignment of the fighters is to emerge victorious from the battle, explaining its impact on the overall war against the terrorist groups across Syria.