Enemies Lists on Display at the United Nations 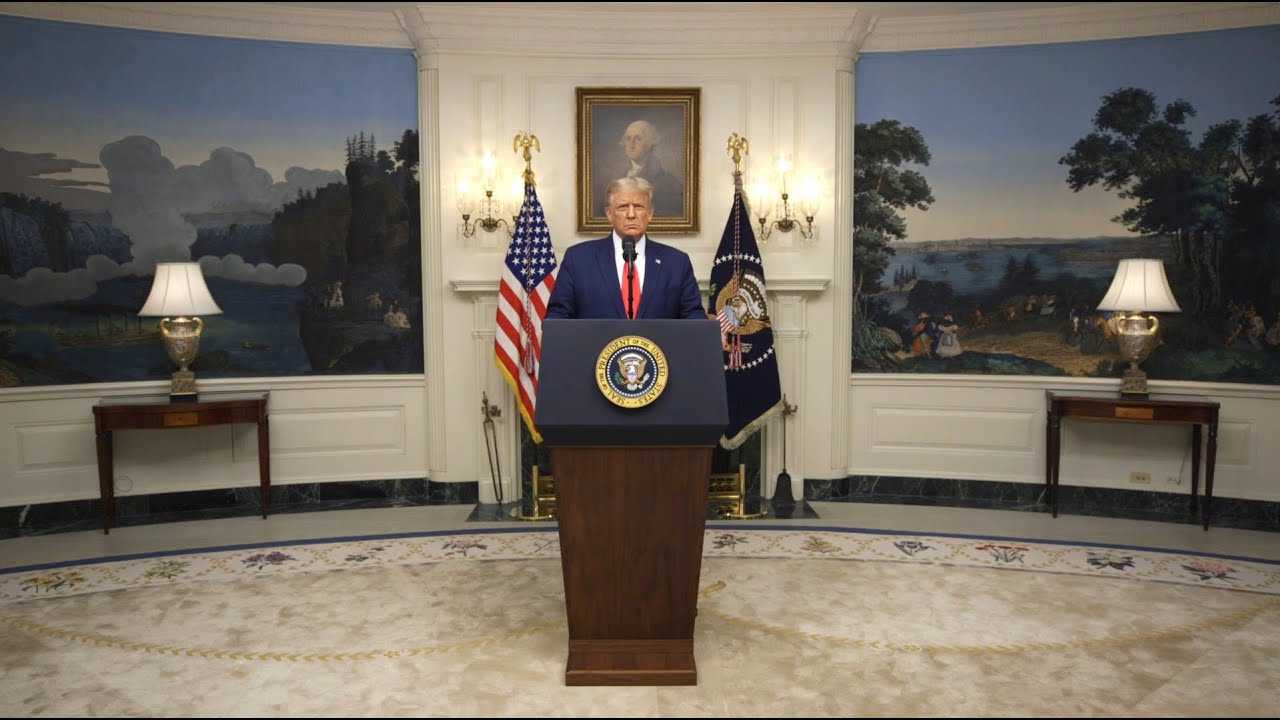 The opening of the United Nations General Assembly in New York each September is generally notable for its two weeks of speeches by heads of state, foreign ministers and other government officials addressing their own fellow citizens through the medium of a world forum.

This year was no exception except for the fact that the coronavirus pandemic meant that most speakers were not live, instead delivering their messages by means of pre-recorded videos.

Most of the speeches were bland, boasting of achievements back at home, and utterly predictable.

Many also praised the United Nations as a gathering place where all nations could learn to get along.

There were, however, some exceptions, with certain spokesmen using the bully pulpit to deliberately target regimes and foreign leaders for criticism, or even to deliver thinly veiled threats.

US president Donald Trump spoke on Tuesday via a pre-recorded video.

His speech was remarkable in that it pulled no punches regarding several nations that Washington appears to have on its “enemies list.” China was particularly pummeled by Trump in what the New York Times described as a “strongly worded” speech.

It included describing the coronavirus as Chinese to support the not altogether convincingly demonstrated White House argument that the virus was created and weaponized by the Wuhan lab before being clandestinely released to infect an unsuspecting world.

After praising the great job his administration had done against the virus, certainly a questionable assertion, claiming that “We have waged a fierce battle against the invisible enemy — the China virus,” Trump went on to lay all the blame for its spread on Beijing, saying “As we pursue this bright future, we must hold accountable the nation which unleashed this plague onto the world: China.

“In the earliest days of the virus, China locked down travel domestically while allowing flights to leave China and infect the world.

China condemned my travel ban on their country, even as they cancelled domestic flights and locked citizens in their homes.

“The Chinese government and the World Health Organization — which is virtually controlled by China — falsely declared that there was no evidence of human-to-human transmission.

Later, they falsely said people without symptoms would not spread the disease.

“The United Nations must hold China accountable for their actions.” It was virtually a declaration of war that included a liberal helping of the usual Trumpean misrepresentation of facts.

China was mentioned a total of twelve times in a fifteen-minute speech and none of the references were friendly.

President Xi Jinping of China spoke after Trump and described the coronavirus as a “crisis shared by everyone.” He did not apologize and instead claimed his nation of 1.4 billion people had acted responsibly to combat the Covid-19 disease caused by the virus.

He concluded that “Any attempt of politicizing the issue or stigmatization must be rejected.” Trump then went on to touch bases on the remainder of his enemies list, saying “We also know that American prosperity is the bedrock of freedom and security all over the world.

In three short years, we built the greatest economy in history, and we are quickly doing it again.

Our military has increased substantially in size.

We spent $2.5 trillion over the last four years on our military.

We have the most powerful military anywhere in the world, and it’s not even close.

“We stood up to decades of China’s trade abuses.

We revitalized the NATO Alliance, where other countries are now paying a much more fair share.

We are standing with the people of Cuba, Nicaragua, and Venezuela in their righteous struggle for freedom.

“We withdrew from the terrible Iran Nuclear Deal and imposed crippling sanctions on the world’s leading state sponsor of terror.

We obliterated the ISIS caliphate 100 percent; killed its founder and leader, al-Baghdadi; and eliminated the world’s top terrorist, Qasem Soleimani.” Trump, again characteristically mixing fact with fiction, did not mention that the US economy, the claimed “bedrock of freedom and security all over the world,” is suffering both from the consequences of the coronavirus as well as from an unsustainable level of government debt.

He did mention that he had recklessly thrown more money at a bloated military establishment and left hanging the possibility that it would be used to bring “freedom” to the oppressed citizens of countries like Cuba and Venezuela.

And, of course, Iran has a special place in Trump’s reckoning.

It is the “leading state sponsor of terror” and had a top official who was the “world’s top terrorist,” both of which assertions are palpably false as is the claim that the “Nuclear Deal” was “terrible.” It was, on the contrary, supportive of America’s national security interests as well as a real step forward to avoid a possible deadly regional confrontation in the Middle East.

Trump did not mention Israeli war crimes, nor those of the United States in Afghanistan and Iraq.

Prime Minister Benjamin Netanyahu will be speaking before the General Assembly next Tuesday and it can be safely predicted that he will warn about Iran’s threat to the world due to its alleged secret program for a nuclear weapon.

Ironically, Israel has a secret program that has produced an estimated 200 nuclear weapons and has never allowed its scientific facilities to be inspected.

Iran, unlike Israel, is a signatory to the UN Nuclear Non-Proliferation Treaty and does permit inspections.

Inspectors agree that it has no nuclear weapons program.

A far more threatening "like a mad dog too dangerous to bother" Israel once entertained setting up a so-called Samson Option in which it would use nuclear weapons as a first response to any powerful conventional enemy that might attack it or even to prevent a rival like Iran from obtaining its own nuclear arsenal.

Variations on the Option have included destroying most of the capitals in Europe and the Middle East if the Jewish state were about to be overwhelmed by an enemy.

Perhaps not too surprisingly, the speech by Saudi Arabia’s King Salman on the following day echoed some of the points made by Donald Trump.

The 84 year old King, reading from a prepared speech, delivered what has been described as “a scathing attack on Iran” that urged the international community to develop a "comprehensive solution" to Tehran's alleged "sponsorship of terrorism".

Salman told his audience that “The Kingdom’s hands were extended to Iran in peace with a positive and open attitude over the past decades, but to no avail.

Our experience with the Iranian regime has taught us that partial solutions and appeasement did not stop its threats to international peace and security" which have included "expansionist activities" and the support of "terror networks" throughout the region that are spreading "chaos, extremism and sectarianism".

The Kingdom’s own regional policies and human rights record have been widely criticized, to include secret trials and extensive use of capital punishment, the genocidal war in Yemen that the UN itself has described as the “world’s worst humanitarian disaster,” the 2017 kidnapping of then-Lebanese Prime Minister Saad Hariri and the murder of dissident journalist Jamal Khashoggi.

So, it was all business as usual at the United Nations.

China loomed large on the enemies list of the United States while the US and the Saudis together threatened the Iranians.

There is a parable about “he who casts the first stone…” with the implication that many who are prepared to denounce others have their own sins to conceal.

That is certainly true relating to the speeches by US President Donald Trump and Saudi King Salman.