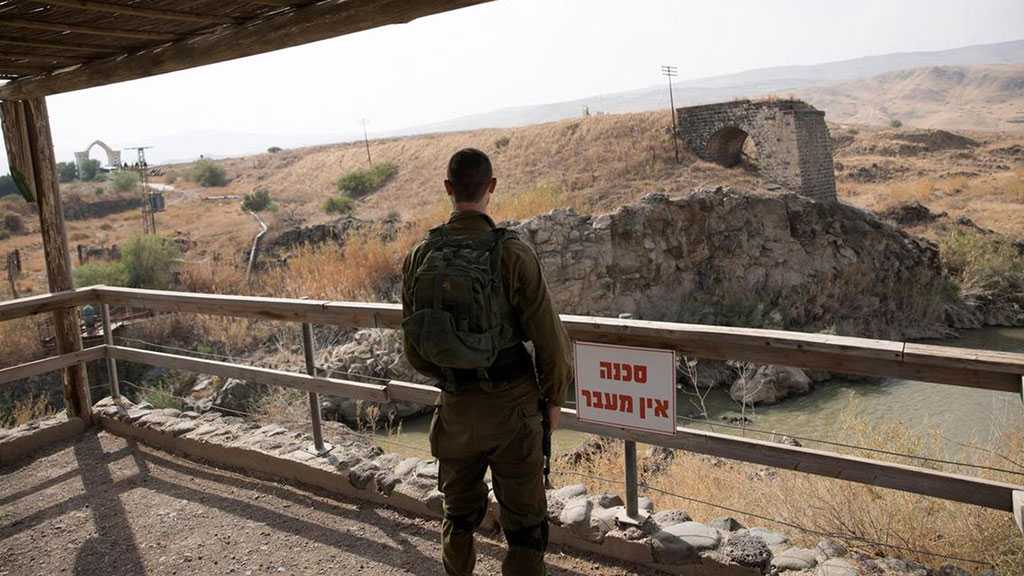 By Staff, Agencies The “Israeli” entity has threatened to cut off water to Jordan in response to King Abdullah II’s decision to end the lease of two areas of land to the Tel Aviv regime. Gilad Sharon, the son of former “Israeli” Prime Minister Ariel Sharon, warned in an article he penned for the “Israeli” Ynet news website that Jordanians “will feel the thirst” if Amman proceeds with the king's decision to end the lease, which was agreed under a bilateral peace deal signed almost a quarter of a century ago.

“Diplomacy is a delicate matter, so the Jordanian king should be told very gently: If you push ‘Israeli’ farmers out of Naharayim and Zofar, you will remain thirsty," Sharon wrote.

"Not Abdullah personally, in the palace, he will, of course, continue to serve chilled mineral water in glass bottles covered with dew beads…But the people of the kingdom will feel the thirst,” he added.

According to the peace treaty inked by Jordan and the “Israeli” entity on October 26, 1994, the two territories of Baqoura [Naharayim] and Ghamr [Zofar] were leased to the entity for a 25-year renewable period.

Under the agreement, the lease is automatically renewable unless either side gives a year’s notice to terminate it.

The deal allowed the Tel Aviv regime and “Israeli” farmers to use the two areas in the fertile Jordan Valley – which are recognized Jordanian territory.

In exchange, the “Israeli” entity agreed to supply Jordan, which is suffering from a severe water crisis, with 45 million cubic meters of water every year.

In recent years, the number has increased to around 55 million cubic meters.

In October 2018, King Abdullah II said Amman has already notified the entity that it will not extend the lease, stressing that the two border areas “are Jordanian land and will remain” part of the Arab country.

“Baqoura and Ghamr are Jordanian lands and will remain Jordanian and we will exercise full sovereignty over our territory,” the King said as he announced the decision.

“In such difficult regional circumstances, our priorities are to protect our interests and do everything that is necessary for Jordan and Jordanians,” he added.

The decision came amid growing public pressure for Jordan to reclaim the lands.

Activist and politicians have said the renewal of the treaty would be humiliating and perpetuates “Israeli” "occupation" of Jordanian territory.

Such criticism prompted demonstrations in Amman last year, where protesters demanded the restoration of the two territories.

King Abdullah’s II decision was met with exuberance from Jordanians, for whom the peace treaty has become deeply unpopular over the entity’s reluctance to follow through on water-sharing agreements, restrictions on Jordanian trade with the West Bank, and most of all what many see as a violent occupation of Palestinian territory and the denial of basic rights and self-determination to Palestinians.

At the time, “Israeli” so-called Agriculture Minister Uri Ariel threatened that water supplies to Amman would be reduced from four to two days a week if Jordan terminated the agreement of the 1994 peace treaty.

The “Israeli” entity and Jordan have maintained diplomatic relations since they signed the so-called 1994 peace treaty.

However, many Jordanians strongly oppose Amman ties with Tel Aviv.

“Israeli” mission in Amman was shot down following an incident in July 2017, when two Jordanians were gunned down by an embassy guard, prompting the return of the “Israeli” ambassador along with the killer to the occupied territories