US to put more sanctions on Russia-German gas pipeline 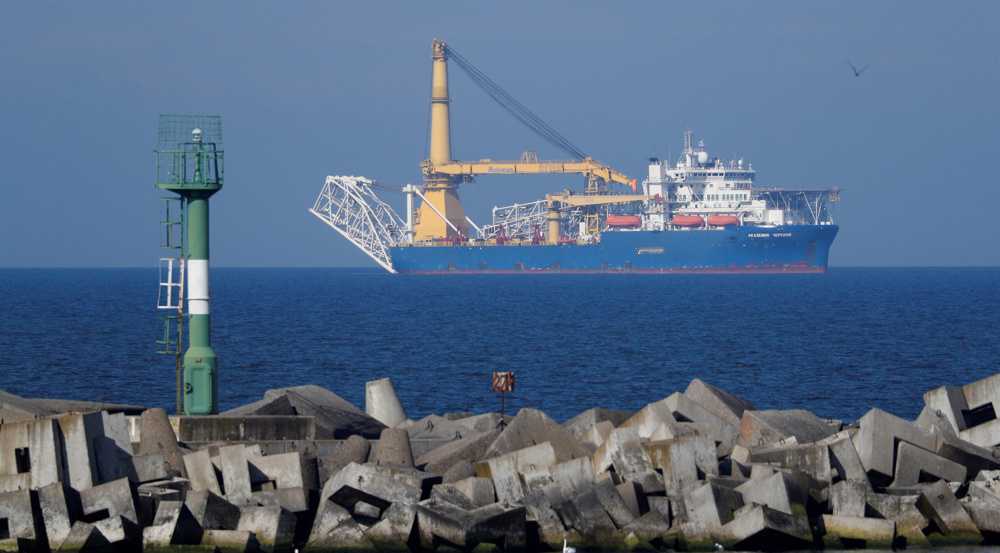 US lawmakers have agreed to extend sanctions on companies involved in the construction of the natural gas pipeline, Nord Stream 2, which will take Russia's gas directly to Germany. The construction work on the $11.6 billion pipeline, which will bypass Poland and Ukraine, has been put on a halt for a year over Washington’s threat of sanctions.

Russia’s energy giant Gazprom, which is behind the project, has already said it was going to resume the construction work on Saturday.

But under the draft of the annual US defense policy legislation for 2021, US lawmakers agreed to impose sanctions on more firms involved in the Nord Stream 2.

The measures will target companies that facilitate the construction of the pipeline,   along with those that provide insurance, reinsurance, testing, inspection and certification services.

No sanctions would be imposed on the governments of EU states, including Germany, or the European Union itself in relation to the pipeline, according to the draft bill.

US cranks up pressure on Europe over Russia pipeline projects: Report
The United States is increasing pressure on European contractors to drop out of Nord Stream 2, a major Russian pipeline project, risking a further escalation of tensions with Europe, according to a report.
The US first passed legislation over Nord Stream 2 last December, levying sanctions if companies did not comply with a 30-day order to withdraw from the project.

The construction work stopped back then, after pipe-laying company Swiss-Dutch Allseas suspended operations under US sanctions.  The Gazprom-led consortium behind the project vowed to restart construction work on Saturday.

The Nord Stream 2 project also involves huge European players such as Germany's Wintershall and Uniper groups, the Dutch-British giant Shell, France's Engie and Austria's OMV On Saturday, the US acting ambassador to Germany, Robin Quinville, called on the EU “to impose a moratorium on the construction of the pipeline.” Quinville who made the remarks to Germany business daily Handelsblatt, accused Russia of “malicious behavior.” “The pipeline is not only an economic project but also a political tool that the Kremlin is using to bypass Ukraine and divide Europe,” he said.

Russia decries US sanctions on Nord Stream 2 gas pipeline project
Russia has two projects to send natural gas to Europe.
The pipeline is expected to double Russian natural gas shipments to Germany; this has concerned the West which believes the pipeline would increase Europe's reliance on Russian energy supplies and that Moscow could later use the project for exerting political pressure.

Russian, however, says Washington has been using the sanction threat as a tool to pressure all the companies engaged in the construction of gas pipelines from Russia to Europe.

Russia has two projects to send natural gas to Europe, namely the Nord Steam 2, and the Turk Stream 2 pipeline, which will supply Western Europe with energy.

The Turk Stream 2 will carry gas through Bulgaria.

The US has threatened both projects with sanctions, as outgoing administration of Donald Trump was seeking to curb Russia’s purported economic leverage over Europe and Turkey.

Citing unnamed sources, Bild said earlier this week that the fund is aimed at tackling the problems of climate change, and may identify the project as the most important element of environmental protection.  The fund would provide German firms with an opportunity to supply services to the Russian side, the report said