Pelosi: Trump should accept election results 'like a man' 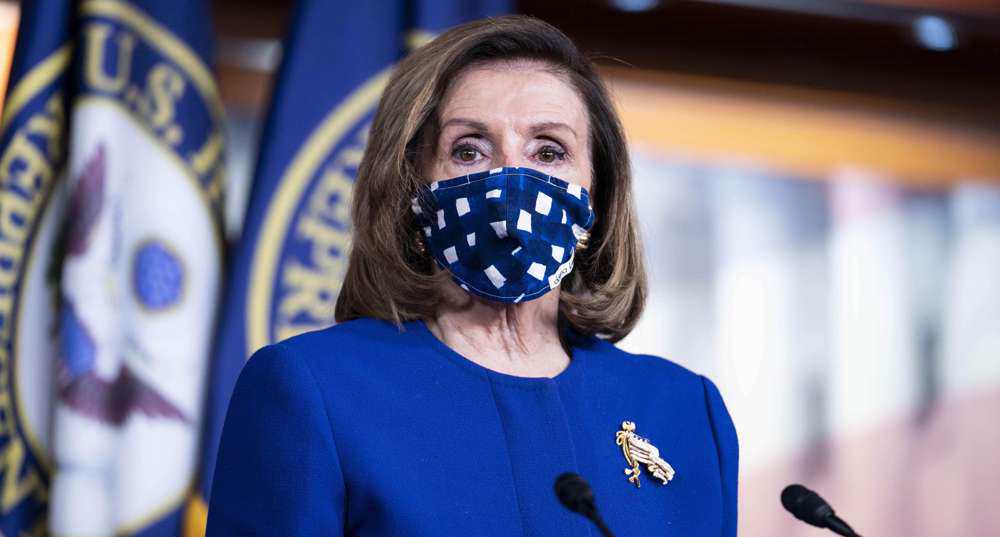 US House Speaker Nancy Pelosi has said President Donald Trump should accept the election results "like a man" and not try to sow doubt about them if all ballots are not counted on election night. Pelosi made the remarks in an interview with MSNBC's Ayman Mohyeldin who asked the Democratic speaker what lawmakers in her party can do if the president prematurely declares victory on Election Night.

She accused Trump of trying to "stir the pot" with his questioning the need to take extra time to count ballots cast by mail, and also predicted that Trump’s rival Joe Biden would win the race for the White House.

"On January 20, 2021, Joe Biden will be inaugurated president of the United States.

The states will count the votes that they have in a timely fashion," Pelosi said.

"The easiest thing for [Trump] to do is to stand up like a man and accept the results of an election of the American people," Pelosi continued.

"For him to make these kinds of statements shows his lack of patriotism, his undermining of our elections while he allows foreign countries like his friend [Russian President Vladimir] Putin to undermine the integrity of our election, he himself is doing it as well."

A winner in the November 3 election might not be declared Tuesday night because of the volume of ballots cast by mail as election officials, who have already received a large influx of mail-in ballots over concerns about the coronavirus pandemic, warned that it may take extra days or weeks to tally them.

“It would be very, very proper and very nice if a winner were declared on November 3, instead of counting ballots for two weeks, which is totally inappropriate and I don’t believe that that’s by our laws,” Trump said on Tuesday.

The incumbent has, without providing any evidence, suggested that voting by mail will result in voter fraud in spite of voting absentee himself in Florida primaries earlier this year.

Trump also declined to say on multiple occasions if he would commit to a peaceful transfer of power if Biden wins the election.

Biden hits out at Trump over his refusal to commit to peaceful transition, if loses
Democratic presidential nominee Joe Biden slams Donald Trump
During an NBC News town hall earlier this month, he said he would accept a peaceful transfer of power but noted he wanted an "honest election." "Peaceful transfer? I absolutely want that.

But ideally, I don’t want to transfer, because I want to win," Trump said during the town hall.

"And then they talk about, 'Will you accept a peaceful transfer?' " Trump continued.

"The answer is yes, I will.

But I want it to be an honest election.

And so does everybody else." This comes as Biden still maintains a substantial lead over Trump nationwide, according to a new CNN Poll conducted by SSRS While 54% of likely voters support Biden, 42% back Trump, with the former vice president holding a lead in every CNN poll on the matchup since 2019