Who is the lesser of two evils for US president on foreign policy? 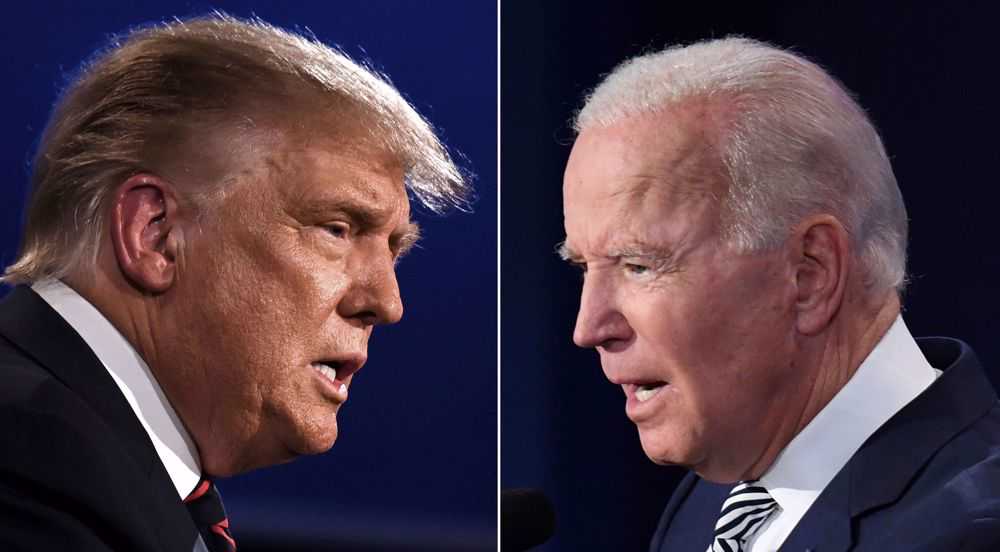 By Robert Inlakesh    It is generally agreed upon that former Vice President Joe Biden, for those living in the United States, would be the potential lesser of two evils, when judged against his adversary Donald Trump.

But, on the issue of Foreign Policy under a potential democrat or republican president, yet to be decided upon by the US voting public, which of the two candidates would in reality fit the description of being better than the other, Donald Trump or Joe Biden? To begin with , this US Presidential race has been extremely weak in terms of substantive policy positions platformed by either candidate when it comes to foreign policy.

Even during the Presidential debates it was virtually absent of foreign policy as an issue, in terms of the questions presented to the candidates, with the exception of a few trivial and meaningless questions, which were designated little time, also left largely unanswered.  So what are the rough foreign policy positions of both candidates, on some of the most important issues? Trump, although hawkish, whether purposefully or not, hasn’t actually started a new war during his time in office.

Although he has administered illegal sanctions, with the aim of forcing the populations of several countries to break out into popular revolt against their governments, a strategy that has so far been a complete failure.

He has also authorized illegal targeted assassinations of top ranking foreign political and military figures and has continued all of the US’s ongoing illegal wars, this is despite the fact that Trump ran his last campaign, partly, on stopping the endless wars, something which he has refused to do when in office.

Biden, on the other hand, notably voted for and pushed the lies which led the US into the Iraq war, he also supported almost every war the US has been involved in since he became a politician.

As Vice President under Barack Obama, Biden also oversaw a policy of manufacturing counter revolutions and military coups, the likes of which occurred in Egypt bringing to power the dictator Abdel Fattah al-Sisi and oversaw the initiation of new wars from Libya, to Syria, to Yemen.

Like was noted previously, it would be difficult to state as a categorical fact what the policies of Trump or Biden would be as President, however we can speculate on the following issues.

In the case of North Korea for instance, it appears from the dialogue in the second and final Presidential debate, that Biden would in fact be more hawkish than Trump, in fact if we compare Obama and Trump on the issue of North Korea, Obama was undoubtedly more hawkish.

When it comes to the issue of Palestine-Israel, Trump is undoubtedly worse and more blatantly pro-Israel, whereas it would appear that Joe Biden, despite being an ardent Zionist receiving huge campaign donations from the likes of Zionist business tycoon Haim Saban, he would perhaps shy away from going ahead with the policy that Trump has followed and will sit back more on the issue as Obama did.

This is however just speculation.

On the issue of the war in Yemen, Biden was VP when the war started and never objected and Trump has only upped Drone Strikes in the region, so on this issue they are both likely to allow the ongoing genocidal war.

On Iran, it seems as if Biden will be similar in his approach and however probably not quite as hawkish on this issue, however he is definitely hostile to Iran and would not be an ideal candidate.

On the issue of China, Trump is undoubtedly more aggressive.

The Trump administration has launched a massive Trade War on China and pushed for the US’s fellow ‘Five Eyes’ intelligence sharing allies, Australia, Canada, New Zealand and Britain to further isolate and become more hostile towards the Chinese government.

Biden could continue on with this strategy, but this is a hard call right now as he has shown little promise on the question of any future US policy towards China.

In South America, Trump has teamed up with  Elliot Abrams, giving him a pardon, and placed the hard line neocon, accused of being behind war crimes throughout the region, in control of policy.

Trump has upped sanctions on Venezuela and Cuba, but it is likely that Biden would follow a very similar strategy and would not ease the suffering caused by the US, according to Biden's record.

On Russia, Trump brags of how hawkish he has been, in terms of Military support for Ukraine and sanctions applied to Russia.

It is likely that Biden would be perhaps very similar, if we are to believe his rhetoric.

On the Issue of Syria, Biden was involved in the war against Syria, however Trump has administered more deadly sanctions and has launched airstrikes against the war torn country.

It is likely Biden would aim to prolong the war and the strangling sanctions, which also deeply affect Lebanon.

Ultimately, neither Biden nor Trump are going to end any of the wars, unlike before they don’t even bother including in their campaigns an anti-war message.

In fact they both seek to outdo each other in terms of upping the funding of the military industrial complex and wreaking havoc against their chosen adversaries around the globe.

So do either of them constitute a lesser of two evils? When you essentially have the choice between your family being murdered and the killer admitting it or the killer lying about it