‘We are committed to revive JCPOA, its benefits’ 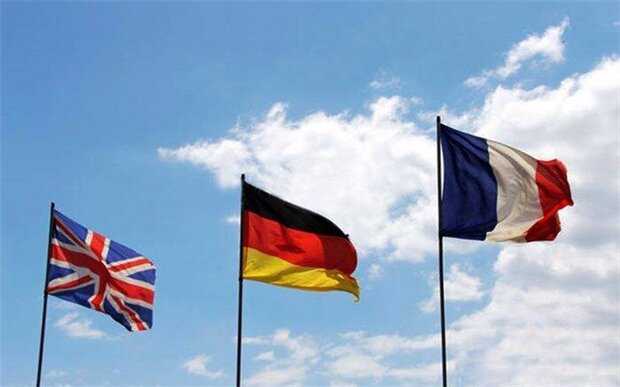 issued a statement at the Board of Governor of IAEA and reiterated their support for Iran nuclear deal and its benefits for all parties.

In this statement, European troika involved in Iran’s nuclear deal, JCPOA, stated, “As three European countries, we fully support the negotiation process between JCPOA participants and the United States in Vienna which oversees the facilitation of US return to JCPOA and Iran for fully implementation of its JCPOA commitments.” The European troika emphasized that they are committed to Vienna talks and benefit of JCPOA for all parties.

A landmark nuclear deal was inked between Iran and P5+1 in Austrian capital Vienna on mid-July 2015 and ratified by UN Security Council Resolution 2231, but former US President Donald Trump withdrew from JCPOA unilaterally on May 18, 2018 and reimposed economic terrorism with the aim of putting maximum pressure on the Iranian people.

This is while that Islamic Republic of Iran complied with all of its commitments under JCPOA up to one year after the US withdrawal from JCPOA to give European countries that promised to compensate for the effects of Washington's withdrawal from the agreement a chance to work on that promise.

But a year after the US withdrew from JCPOA, Tehran announced that it would reduce its obligations under JCPOA in a few steps as European countries involved in the talks including UK, France and Germany failed to live up to their commitment under JCPOA However, Iran’s reduction of its obligations was taken after in accordance with the provisions of nuclear deal, JCPOA In a statement, Britain, France and Germany called on Iran to use the diplomatic opportunity in Vienna to "immediately" revive JCPOA This is while that Islamic Republic of Iran, as a responsible country, has announced that if all US sanctions are lifted, it will return to fulfilling its obligations under JCPOA MA/IRN84472517