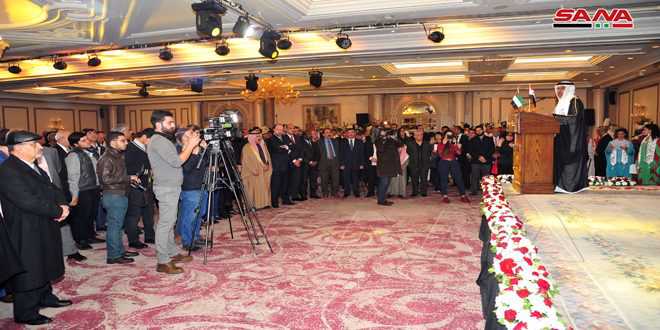 Damascus, SANA-Embassy of the United Arab Emirates in Damascus held on Monday a reception on the 48th anniversary of the National Day.The UAE Charge de’ Affairs in Damascus, Abdul-Hakim al-Nae’mi, described the Syrian-Emirati relations as strong and distinguished, based on firm and clear factors.He hoped security and stability would prevail in Syria under the leadership of President Bashar al-Assad.Deputy Foreign and Expatriates Minister, Fayssal Mikdad, for his part, reviewed the history of bilateral relations between the two countries, affirming that Syria and the UAE share a lot of things, among them Arabism and joy for the victories gained in the two states.Mazen 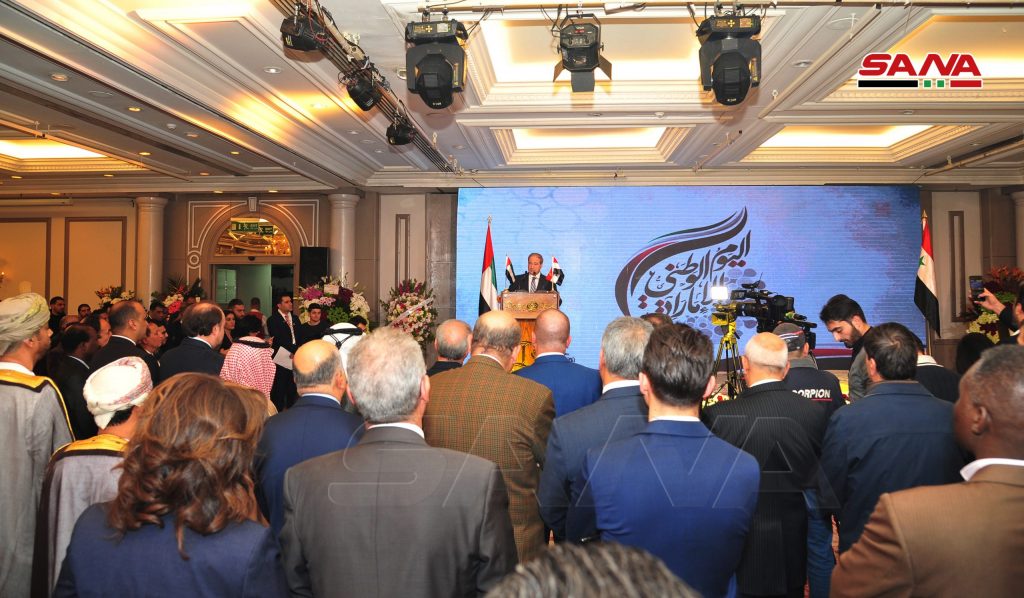 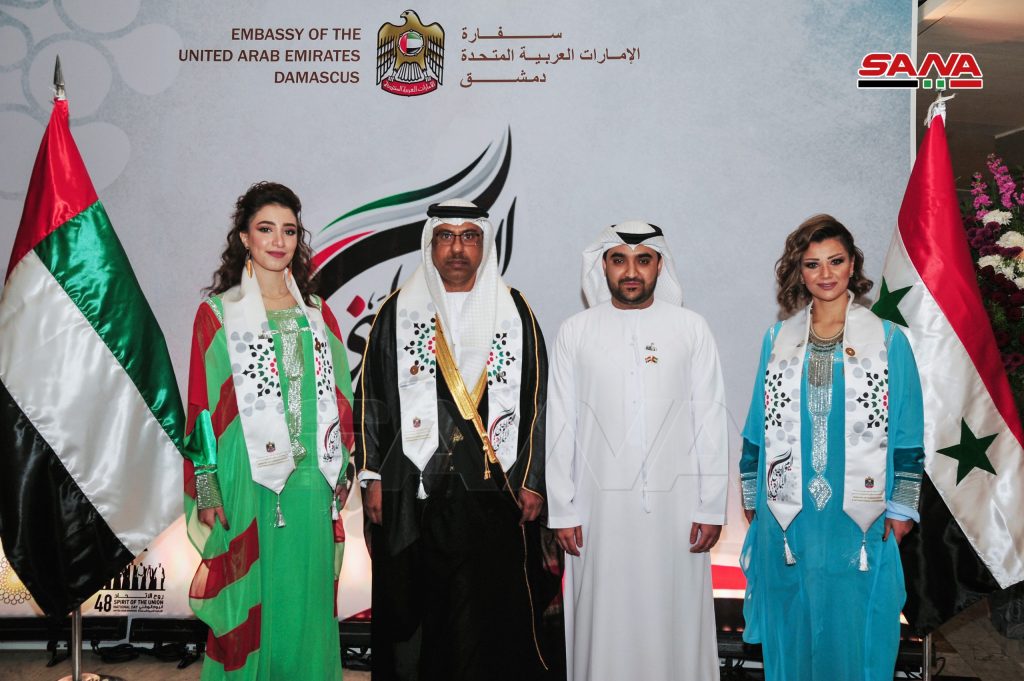 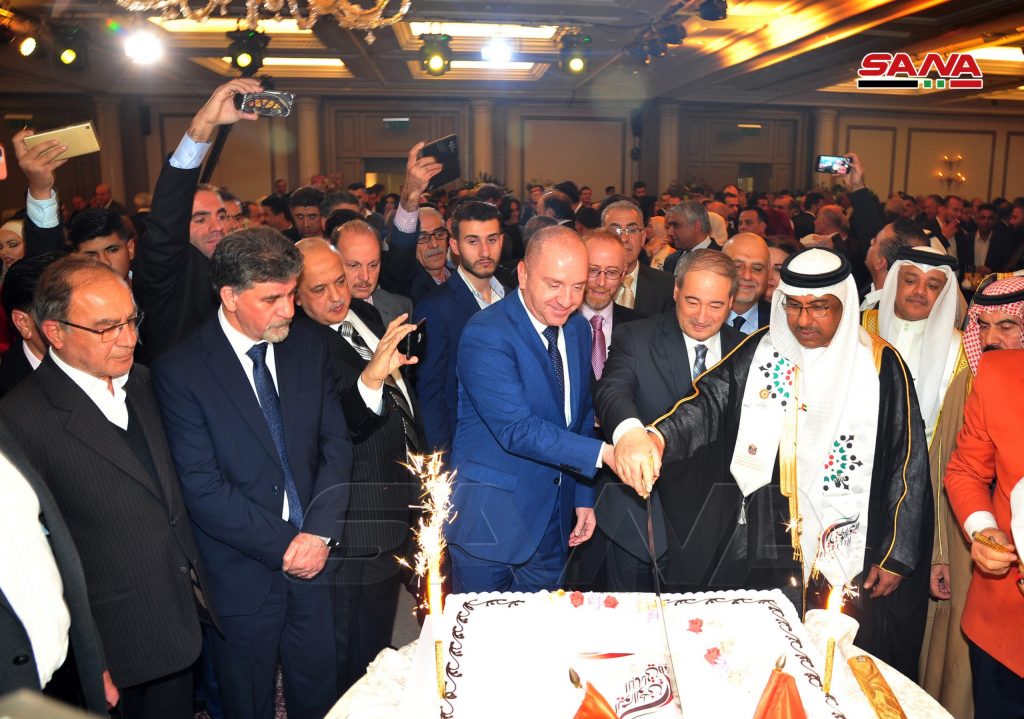