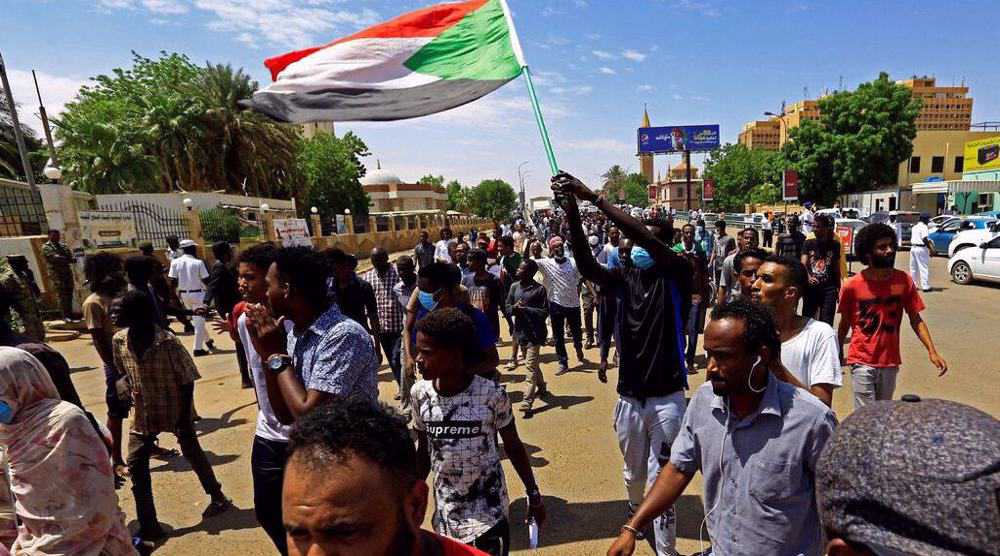 The US president says he plans to remove Sudan from the US list of state sponsors of terrorism now that the African country has agreed to pay $335 million to US victims of terrorism. US President Donald Trump says he will lift the designation once the $335 million that Sudan has agreed to pay as part of a settlement for victims of twin bombings against the US Embassies in Tanzania and Kenya in 1998 is deposited.

"GREAT news! New government of Sudan, which is making great progress, agreed to pay $335 MILLION to US terror victims and families,” Trump said in his tweet.

“Once deposited, I will lift Sudan from the State Sponsors of Terrorism list.

At long last, JUSTICE for the American people and BIG step for Sudan!" he added.

GREAT news! New government of Sudan, which is making great progress, agreed to pay $335 MILLION to US terror victims and families.

Once deposited, I will lift Sudan from the State Sponsors of Terrorism list.

At long last, JUSTICE for the American people and BIG step for Sudan!

“It [the decision] acknowledges the change in Sudan and Prime Minister Hamdok’s efforts.

It enhances its integration into international community and access to world economy.

US intention to lift the State Sponsor of Terrorism designation of

It acknowledges the change in Sudan and

It enhances its integration into international community and access to world economy.

However, behind the scenes, the Trump administration has been pushing for the transitional government in Sudan, led by Prime Minister Abdalla Hamdok, to normalize relations with Israel.

The US president, who initially tried to negotiate a deal between Israelis and Palestinians albeit to no avail, is now pressuring other Muslim nations to ignore the suffering of their brothers and sisters in Palestine and join the Saudi-backed initiative to normalize ties with Israel.

Sudan in one such country, where the first conference of the so-called Popular Initiative for Normalization with Israel was held Sunday, according to Al-Hadath, a major Arabic-language TV channel based in the UAE Two US officials say that Sudan and Israel could normalize relations in days, once details of the removal from the terrorism list were completed.

“The carefully choreographed sequence was intended to soften likely criticism of the Israel deal inside Sudan,” the New York Times reports.

Sudan rebuffs US offer of terror list removal as condition for normalization with Israel
Sudan rejects conditioning its removal from a US “terrorism list” on normalization of relations with the Israeli regime.
But officials in Sudan’s fragile transitional government have been divided on whether to formalize diplomacy with Israel — a condition the Trump administration introduced at the 11th hour as part of a frantic, pre-election drive to persuade or pressure Arab nations to normalize ties with Israel.

As recently as last week, Prime Minister Hamdok of Sudan

said he opposed doing so
.

He had previously warned that the perception of being pushed into an American-backed, election-eve agreement with Israel could fuel unrest in his country, which is simmering over a severe economic crisis in which annual inflation soared to 212 percent last month, with shortages of food, bread and medicine.

Morocco and Tunisia are also on top of Trump’s list.

The president, who is running against Democratic nominee Joe Biden in the 2020 election, has been selling the deal as a great achievement in his campaign, while ignoring the dark reality of Palestinians’ plight under the Zionist regime’s occupation, which lies at the core of the conflicts in West Asia