US says ‘does not endorse’ Turkish offensive 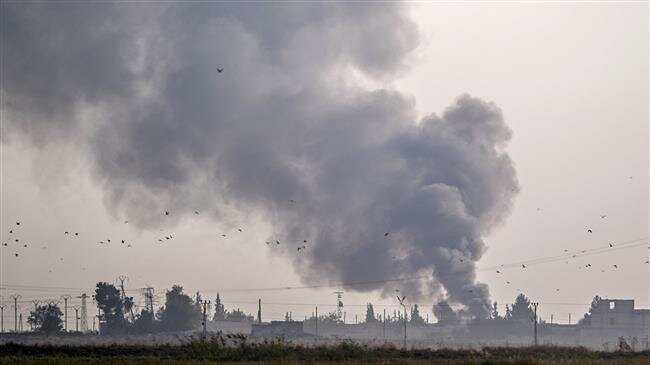 The United States says it “does not endorse” Turkey’s war against Kurds in northern Syria, calling the military offensive “a bad idea.” "This morning, Turkey, a NATO member, invaded Syria.

The United States does not endorse this attack and has made it clear to Turkey that this operation is a bad idea," US President Donald Trump said in a statement issued by the White House Wednesday.

"From the first day I entered the political arena, I made it clear that I did not want to fight these endless, senseless wars—especially those that don’t benefit the United States," it read.

"We expect Turkey to abide by all of its commitments, and we continue to monitor the situation closely."

‘Trump not ending anything’ The Trump administration has been under pressure over giving Ankara the green light to invade areas under the control of US-backed Kurdish militants.

"Pray for our Kurdish allies who have been shamelessly abandoned by the Trump Administration.

This move ensures the reemergence of ISIS," Sen.

Despite his claim to be ending US wars, Trump is “not ending anything,” said Rep.

“Despite President Trump’s bluster about ending endless war, he’s not ending anything.

Our troops aren’t coming home; a small number were moved so Turkey could escalate the war," he said in a tweet.

"And the president has expanded our role in Saudi Arabia and Yemen, and kept us in Afghanistan and Iraq.”

‘Kurds could be slaughtered’ Rep.

Liz Cheney (Wyo.), a member of House Republican leadership, called reports of the Turkish offensive "sickening." "Impossible to understand why @realDonaldTrump is leaving America’s allies to be slaughtered and enabling the return of ISIS," she tweeted.

Susan Collins (R-Maine also asserted that, "Today, we are seeing the consequences of that terrible decision… If the reports of Turkish strikes in Syria are accurate, I fear our allies the Kurds could be slaughtered."  Trump has previously said that it is

“too costly”
to keep supporting the Kurdish militants in the region, whom Ankara views as terrorists linked to local autonomy-seeking militants of the Kurdistan Workers’ Party (PKK)
Original Article Source: Press TV | Published on Wednesday, 09 October 2019 19:44 (about 138 days ago)