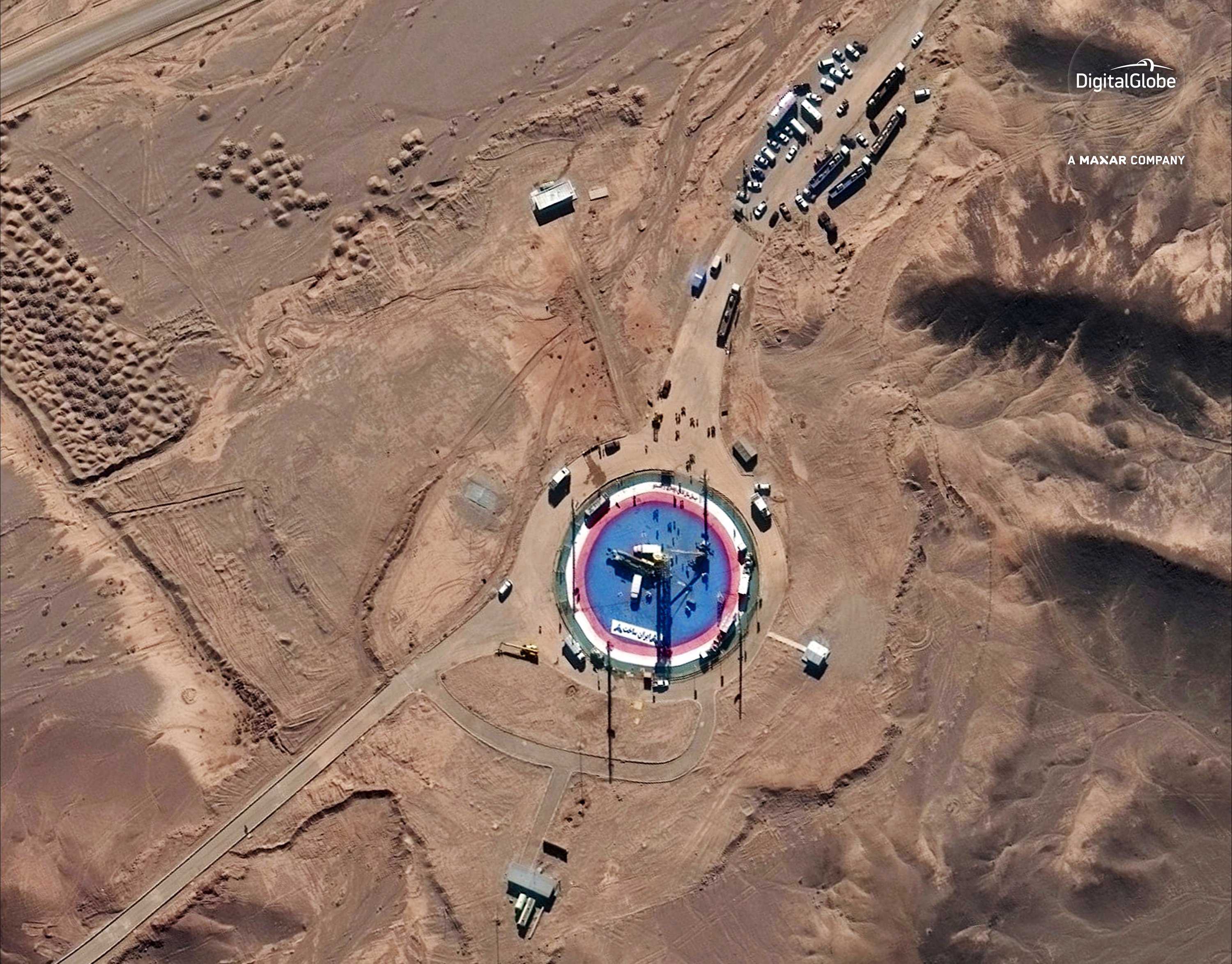 Although Iran’s newest homegrown satellite ‘Zafar’ (victory) could not finish the orbit insertion phase, the bulk of the research targets have been achieved after the launch, a spokesperson said.

Speaking with the Islamic Republic of Iran’s News Network, the spokesperson for the space sector of the Iranian Defense Ministry said the Zafar satellite was successfully launched with the Simorgh satellite carrier from the Imam Khomeini National Space Center.

Ahmad Hosseini added that the satellite carrier, however, failed to reach the required velocity for the orbit injection phase.

He gave an assurance that the necessary modifications will be made to the process for the next launch.

Hosseini explained that the pre-launch preparations had been carried out over the past days at the space center, and the satellite was finally launched at 7:15 pm local time on Sunday.

The satellite carrier performed the first task completely and the launch was carried out flawlessly, he added, noting that the second stage was also performed, when the engines were switched on successfully.

The satellite carrier travelled around 90 percent of the planned trajectory, reached an altitude of 540 kilometers above the Earth, and reached a velocity of 6,500 meters per second, Hosseini said.

The satellite carrier flew for about 9 minutes, he stated, saying the main objectives for research in the project were accomplished, IFP reported.

Unfortunately, the satellite carrier could not reach the needed velocity at the last moments, the spokesman added.

The data received during the launch are going to be processed and analyzed for the optimization of the research project, he said.

Hosseini went on to say that the Iranian scientists have carried out the necessary optimization techniques at the space center and at the satellite carrier, and have made the necessary changes in the engines and the control systems.

“The bulk of the changes that have been made gave positive results.” “As announced before, it was a research launch, and our expectations were satisfied in the respective sectors,” the spokesman explained, saying the main purpose of the research launches is to collect data and optimize the designs.

“We consider the launch as a successful one, because the research launch is not aimed at the injection phase,” Hosseini added, noting that despite the failure to reach the planned orbit, the satellite could connect with the Earth bases for a couple of minutes, transmitted signals, and its performance was tested.

The satellite carrier’s engines were tested for 375 seconds in vacuum conditions, at high velocities and accelerations, he noted, saying it was the first time that the homegrown engines worked for such a period of time in vacuum.

“The data analysis and modifications will be carried out at the shortest time possible and the next launch will be performed soon,” he concluded.

Meanwhile, Iran’s Minister of Information and Communications Technology Mohammad Javad Azari Jahromi announced on his Instagram account that the Zafar-II satellite will be launched in the Iranian month of Khordad (May / June 2020).