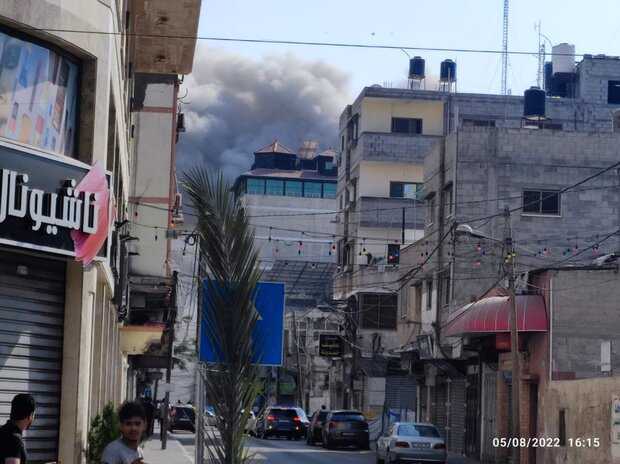 TEHRAN, August 05 (MNA)- Israeli regime media have reported that siren went off in Askelon and Ashdid ports in the occupied lands while loud explosions were heard in Tel Aviv.Reports from occpied Palestinian lands said on Friday evening that loud explosions were heard in Tel Aviv while sirens went off in the port cities of Ashkelon and Ashdod near the Gaza Strip.

The development came after Islamic Jihad issued a warming to the Israeli regime after one of its commanders was martyred in Gaza by Israeli regime.

The Islamic Jihad said in its statement it would take reveng for his martyrdom tonight.