Syrian gov. forces force out US troops in an area in Hasaka 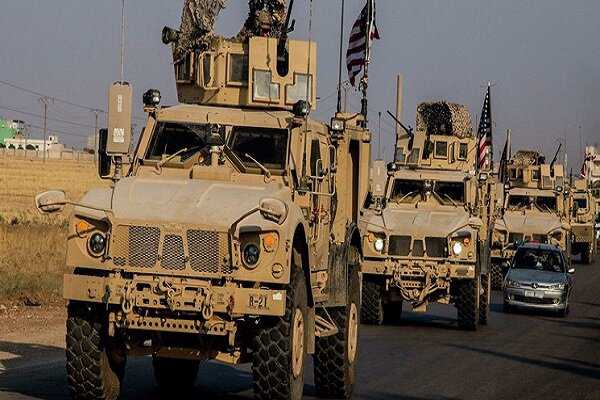 TEHRAN, January 14 (MNA) – A video footage shows that the Syrian government forces manage to force a convoy of US troops out of an area in Hasaka province in the northeast of the country.

The official Syrian news agency (SANA) released a video that shows that a convoy of US occupying troops who were trying to enter the village of Ghobour al-Kharajneh in northwestern Hasakah was stopped by the Syrian army and forced to leave the area.

This is while the reporters of Tehran-Based Al-Alam TV said earlier today that the United States sent a new shipment of weapons to Hasakah.

Al-Alam journalist said that the US-led coalition sent a convoy of 35 trucks carrying military equipment, logistics and fuel tanks to its military bases in the northeastern province.

The convoy was sent from northern Iraq, the Iranian Arabic-language TV channel added.