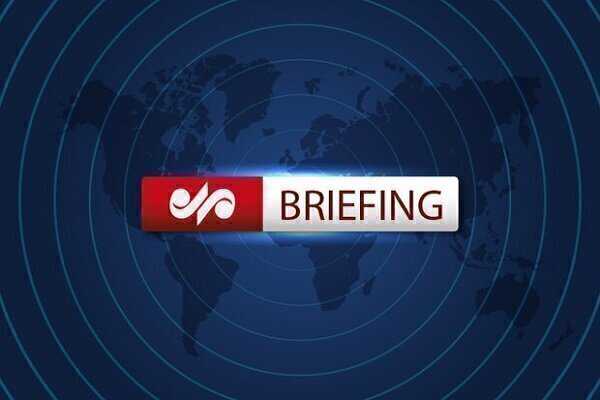 TEHRAN, July 22 (MNA) – The following are the Islamic Republic of Iran’s latest developments in the last 24 hours.

In a message on the occasion of Eid al-Adha to his counterparts in Islamic countries, Iran's Parliament speaker voiced the body's readiness for holding talks and enhancing cooperation among them.

Felicitating his counterparts on the occasion in his message, Mohammed Bagher Ghalibaf wrote, "We all believe that the unity among Muslim countries is a manifestation of the progress and strengthening of the Islamic world." "The Parliaments in Islamic countries play an essential role in achieving the unity among the great Islamic Ummah," he added.

Tehran, Lomé explore avenues of common ties Iranian FM and his counterpart from Togo discussed mutual cooperation between their countries.

Iranian FM Mohammad Javad Zarif and Togo's minister of foreign affairs Robert Dussey discussed the latest developments in bilateral relations between the two countries in a phone conversation on Wed.

As reported, the Ministry of Defense of Iran and 35 knowledge-based companies of the Islamic Republic are taking part in this event to display their latest scientific and technological achievements.

In the pavilion of the Iranian Ministry of Defense, advanced Iranian aerospace equipment including various types of UAVs, helicopters, and aircraft engines are exhibited.

In his meeting with the Omani ambassador to Tehran Ibrahim bin Ahmad Al-Moeini, Hossein Amir-Abdollahian stressed the need for continued political consultations between Iran and Oman and said, "These consultations will help ensure stability and security in the region." Russian officials felicitate Iranian President-elect President of Russia’s Republic of Kalmykia Batu Khasikov and the Head of Russia’s Liberal Democratic Party Vladimir Zhirinovsky in separate messages congratulated Iran's President-elect Ebrahim Raeisi on his election.

President of Kalmykia in his message, while congratulating Raeisi on his own and his nation’s behalf, said that his country as one of the littoral provinces of the Caspian Sea has very close relations with the Islamic Republic of Iran and is interested in further expansion of those relations.

According to the Iranian ministry of foreign affairs, the two sides discussed common ties as well Afghanistan-related issues.

Speaking to reporters on Tuesday, Ali Jahangiri referred to a three-day visit of the Iranian East Azerbaijan Province's trade and economic delegation to Baku, which he led, saying "Recent developments in the Republic of Azerbaijan and the liberation of the Karabakh region have opened a new environment in Azerbaijan for increasing cooperation with the Iranian state-owned and private companies in the field of reconstruction of the newly liberated areas." Iran COVID update: 27,379 infections, 213 deaths According to the Iranian Health Ministry, 27,379 new COVID-19 infections have been detected across the country in the past 24 hours and 213 people have lost their lives.

In a statement on Wed., the Health Ministry announced the new figure, adding that 2,755 of those newly-detected patients have been hospitalized.

In a telephone conversation with the President of Turkmenistan Gurbanguly Berdimuhamedow, Iranian President-elect Ebrahim Raeisi felicitated the arrival of Muslima's Eid al-Adha and congratulated the Independence Day of this country.

Raeisi also stressed that expanding relations with neighboring countries is the first priority of his administration.