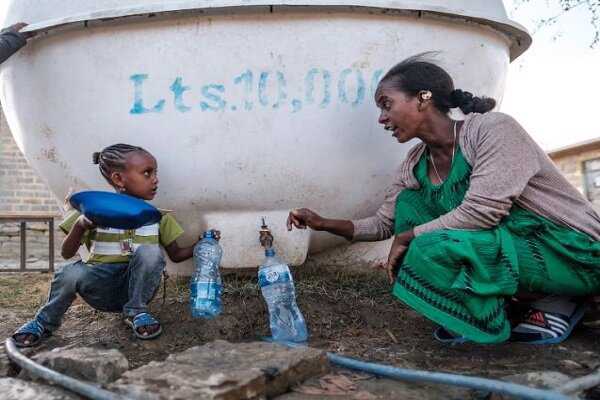 The 350,000 figure was presented at a meeting on Monday of the Inter-Agency Standing Committee, comprising 18 UN and non-UN organisations chaired by UN humanitarian chief Mark Lowcock, Al-Jazeera reported.

The analysis, which diplomats said could be released publicly as soon as Thursday, found millions more across Tigray required “urgent food and agriculture/livelihoods support to avert further slides towards famine”, Reuters news agency, which viewed the document, reported.

Mituku Kassa, head of Ethiopia’s National Disaster Prevention and Preparedness Committee, said on Thursday a declaration of famine would be incorrect.

“We don’t have any food shortage,” he told a news conference, adding more than 90 percent of people have been provided with aid by five operators.

UN spokesman Stephane Dujarric said on Wednesday that UN staff on the ground report the continuing blocked movements of aid, and interrogation, assault, and detention of humanitarian workers at military checkpoints.

There has also been looting and confiscation of “humanitarian assets and supplies” by parties to the conflict, he said.

Some areas of Tigray remain inaccessible, Dujarric said, and in accessible areas “the situation is dire, including dysfunctional water systems and limited or no health facilities”.

“Levels of food insecurity and malnutrition are at alarming levels,” Dujarric said.

“Preliminary field reports from Axum and Adwa in the central zone indicate visible signs of starvation among internally displaced people.

In a community in the northwestern zone of Tigray, aid workers noted a severe need for food after the burning or looting of harvests.” Last Friday, Lowcock warned famine was imminent in Tigray and in the country’s north, saying there is a risk hundreds of thousands of people or more will die.