"Our neighbors are our priority": FM Zarif 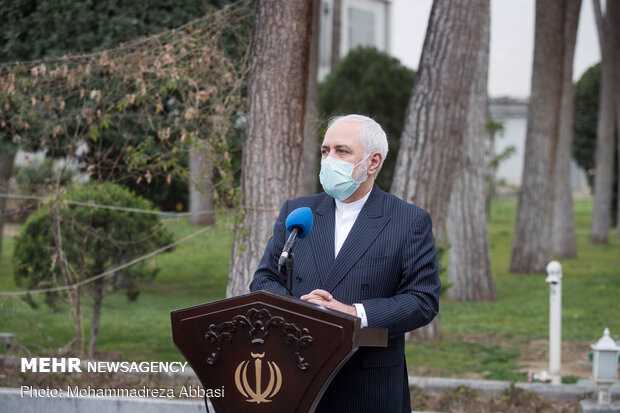 TEHRAN, April 08 (MNA) – Iranian Foreign Minister Mohammad Javad Zarif, who is on a Central Asian tour, has once again said that the neighboring countries for Iran have always been a priority.

"In Kazakhstan on third leg of my regional tour, where I’ve had substantive and fruitful meetings with President Tokayev and FM Tileuberdi.

Our two countries share many objectives on regional stability and global nuclear disarmament," the top Iranian diplomat has tweeted after meeting with the President of Kazakhstan and his Central Asian country's counterpart as part of a tour to four Central Asian countries that he recently started.

The Iranian foreign minister Zarif further reiterated that "As always, our neighbors are our priority." Zarif has already visited Uzbekistan and Kyrgyzstan to meet with the two countries' presidents and foreign ministers during the tour so far.

Turkmenistan is his next destination. 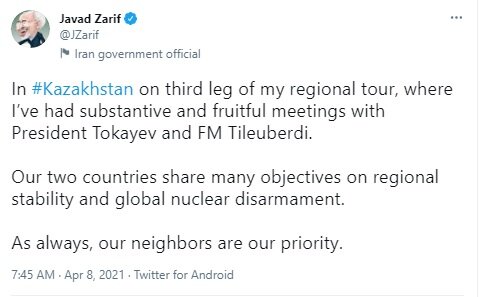