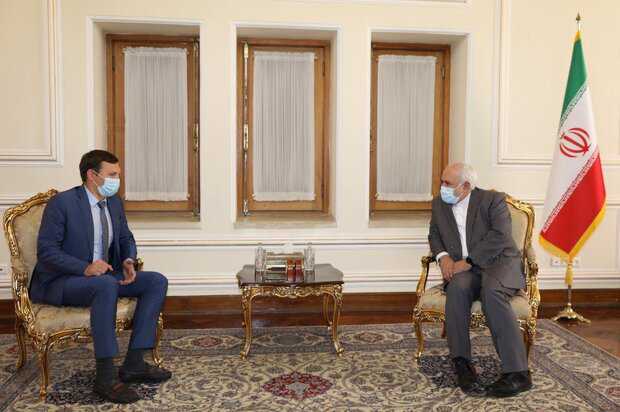 He made the remarks in a meeting with Ukrainian Deputy Foreign Minister Yevgeny Yenin on Monday.

Iranian Foreign Minister described the negotiations on the Ukrainian airliner as positive and constructive and expressed hope that desired results will be achieved as soon as possible.

The second round of the related talks over the flight 752 tragedy started at the place of the Iranian Ministry of Foreign Affairs in Tehran on Monday.

As reported the two sides are conferring on the amount of compensation to be paid for the victims and the crashed aircraft.

The Ukrainian delegation arrived in Tehran on Sunday and the mutual talks will wrap up on Wednesday.

The first round of the Iranian delegation's talks about the flight 752 incident in Ukraine ended in early August 2020.

During the meeting of the visiting Iranian delegation with Ukrainian Deputy Foreign Minister Yevgeny Yenin and the Ukrainian expert delegation, various technical and legal aspects of the incident were examined and it was also agreed to continue cooperation between the two countries on the same issue.