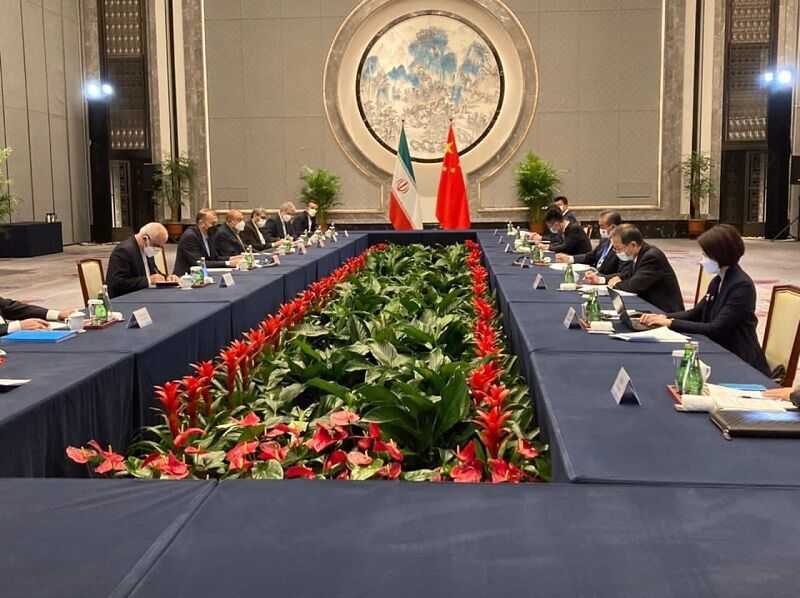 Touching on Iran’s approval on opening of Chinese consulate general in Bandar Abbas, he expressed hope that the move would facilitate the interactions and commercial ties between the two countries.

Chinese Foreign Minister counterpart Wang Yi, for his part, emphasized Beijing's readiness to develop cooperation in the field of financing, energy, banking, and culture despite unlawful sanctions imposed against Iranians.

Referring China's full support of Iran's logical stance towards the American policy in JCPOA, he said that China will support Iranian positions in Vianna talks.

The United States must compensate for its withdrawal from the JCPOA, he further noted.

The Chinese side considered the importance of Iran-China 25-year strategic cooperation program, terming the agreement of the parties to start implementing the document as an important event that will pave the way for creation of turning point in bilateral relations