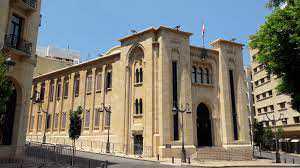 The parliamentary committees for Finance and Budget, Administration and Justice, Public Health, Labor and Social Affairs, National Economy, Trade, Industry and Planning, on Thursday held a joint session at 10:30 am chaired by Vice Speaker Elie Ferzli, in the presence of Caretaker Ministers of Economy, Raoul Nehme, National Defense and Foreign Affairs, Zeina Akar, and Social Affairs, Ramzi Moucharrafieh, as well as deputies and representatives of concerned administrations.

The meeting was devoted to thoroughly discussing the ration card.

On emerging, Ferzli announced that the ration card has been approved, allowing more than 500 thousand families to benefit up to a maximum amount of 137 dollars per card, adding that the government will present an expedited bill to Parliament next week on the means of financing this card.