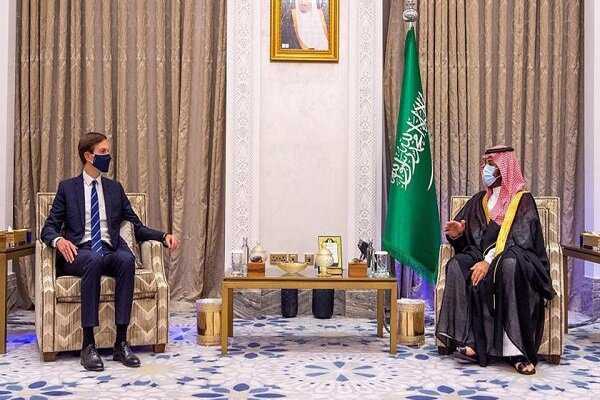 TEHRAN, November 30 (MNA) – Jared Kushner, White House senior adviser, and his team will travel this week to West Asia to hold talks with officials of Qatar and Saudi Arabia. According to US media reports, including Reuters, Kushner will meet Saudi Crown Prince Mohammed bin Salman in the Saudi city of Neom, and the emir of Qatar Sheikh Tamim bin Hamad Al Thani in that country in the coming days.

Kushner and his team have helped normalization of ties between the Israeli regime and some regional countries such as UAE, and Bahrain and experts believe that the team will push for more normalization with the regime in the remaining days of the Trump administration.

US officials have refused to reveal further details of the upcoming visit.

Meanwhile, Axios reported that the visit may be aimed at resolving the issues between Qatar and other Persian Gulf states.