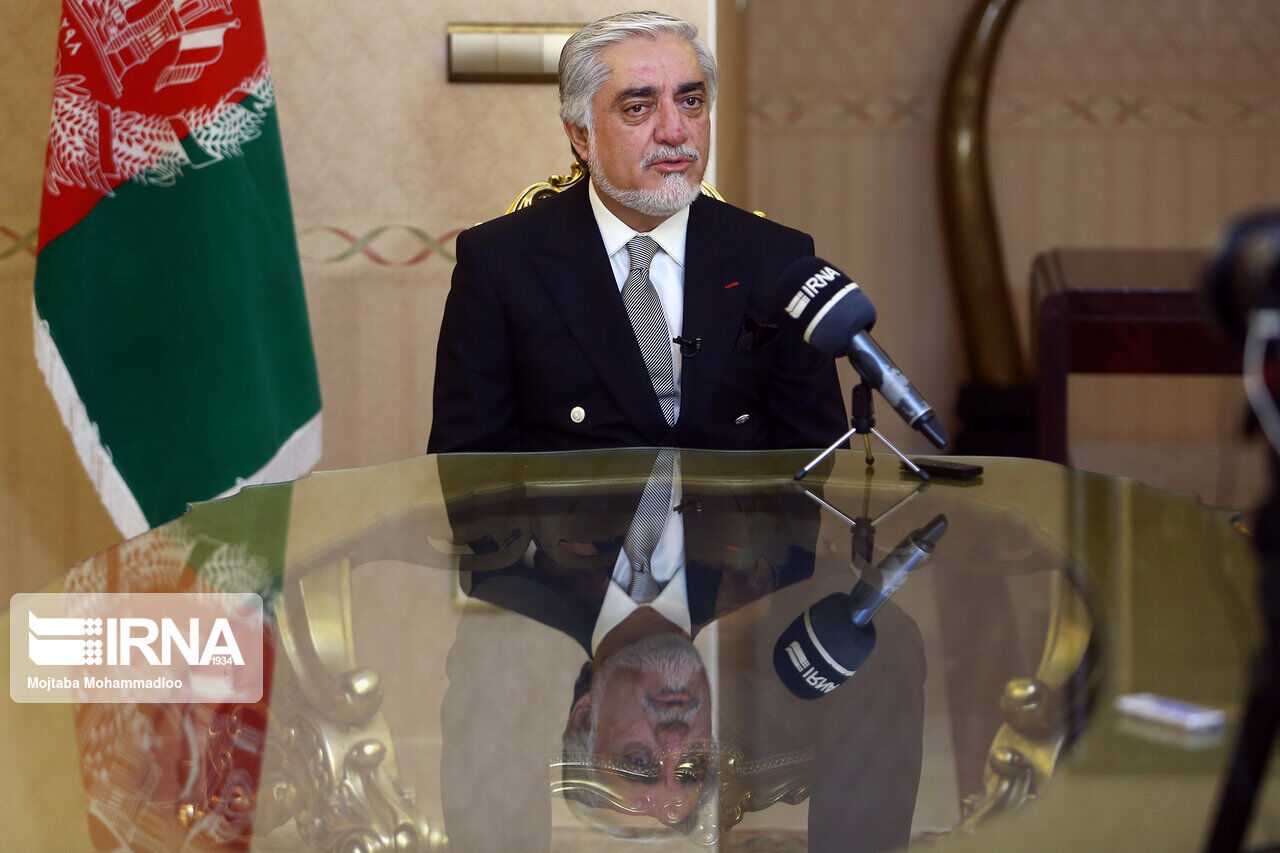 Visiting Abdullah told IRNA on his three-day visit to Tehran that he discussed in detail the intra-Afghan dialogue and future of peace negotiations with the Iranian officials.

Noting that they had close stances regarding issues, he said that the people of Afghanistan want a lasting and acceptable peace for all people, as well as the preservation of the achievements for which they sacrificed.

Cooperation between regional states can help advance the peace process and negotiations and achieves an outcome, he said.

Iran as an influential country has been and will be active in supporting the peace process, Abdullah said, noting, "The voice of the neighboring country is very important to us in consultation at the regional and international level." As to the latest status of the comprehensive document on Iran-Afghanistan cooperation, the Afghan official said that development of economic relations is necessary for both countries and is in their interest.

Abdullah arrived in Tehran at the head of a delegation on Sunday to hold talks with the Iranian officials.